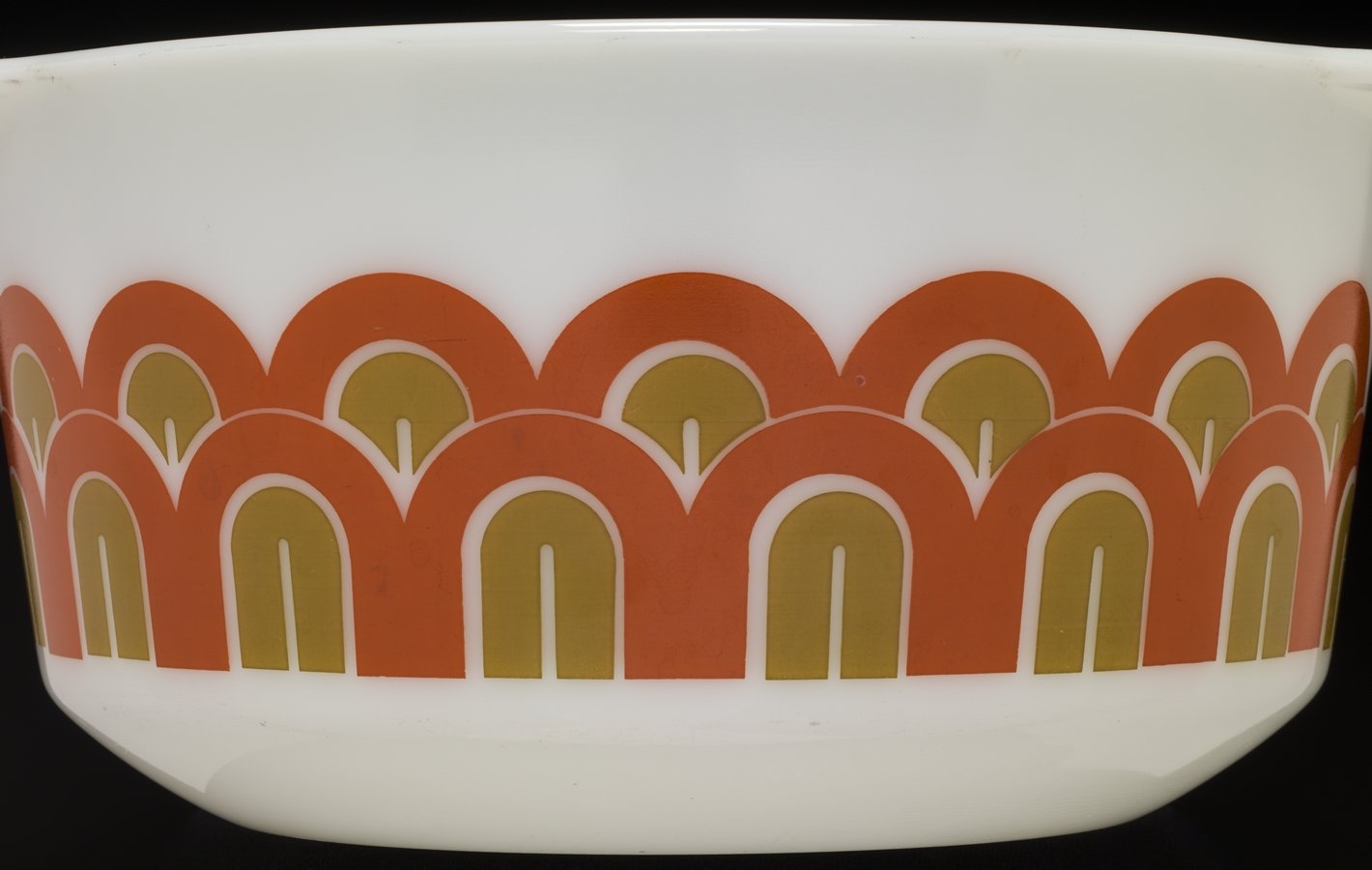 With no official name this pattern has been nicknamed “Arches,” “Retro,” “Mod,” “Fish Scales” and “Eames.”
Arches was released on two non-standard sized Straight Sided bowls.
The Arches bowl set was designed for use with an electric mixer, although it can also serve as ovenware.

The new 1971 Straight Sided mixing bowls from Corning Glass Works had no official name, but the pattern has garnered some interesting unofficial names over the years. Most commonly referred to as “Arches,” because of its bright orange and gold retro arches, this pattern has also been called “Retro,” “Mod,” “Eames” and “Fish Scales.”

Although the Arches bowls can be used as ovenware they were designed for use with an electric mixer. Corning also produced this set in clear glass. 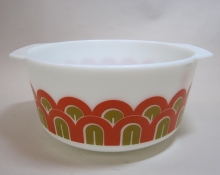 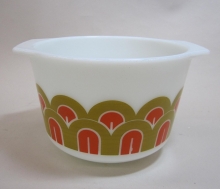 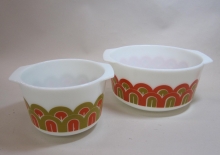