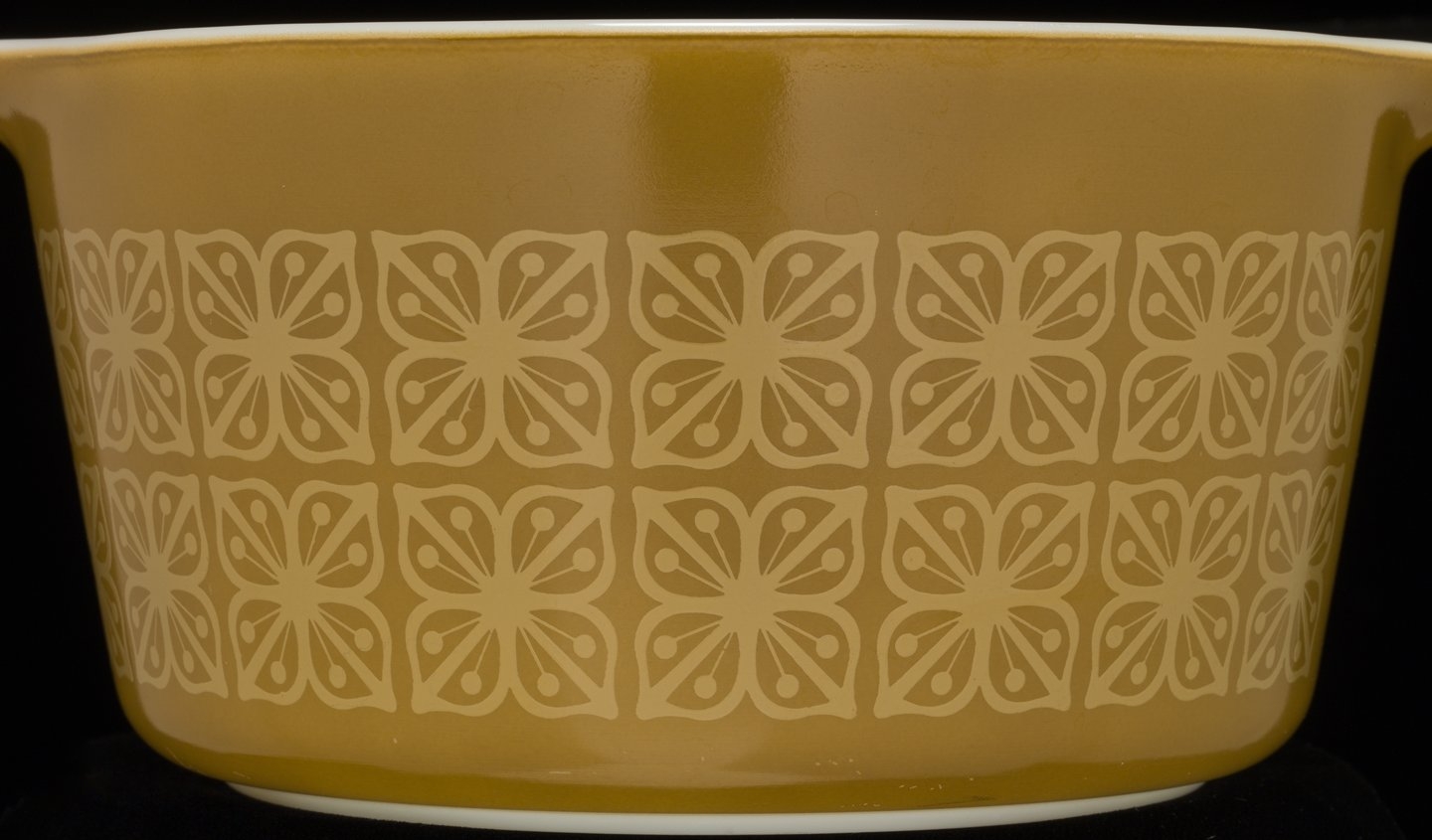 Autumn Floral was available to the consumer market in 1964 to promote “…bright colors and designs to fit any décor.” With a golden yellow square floral design printed on a mustard yellow background, Autumn Floral was the precursor to the standard pattern Verdé released in 1967. 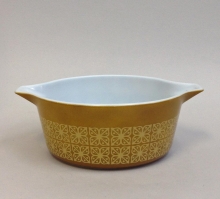 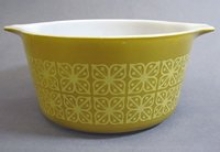