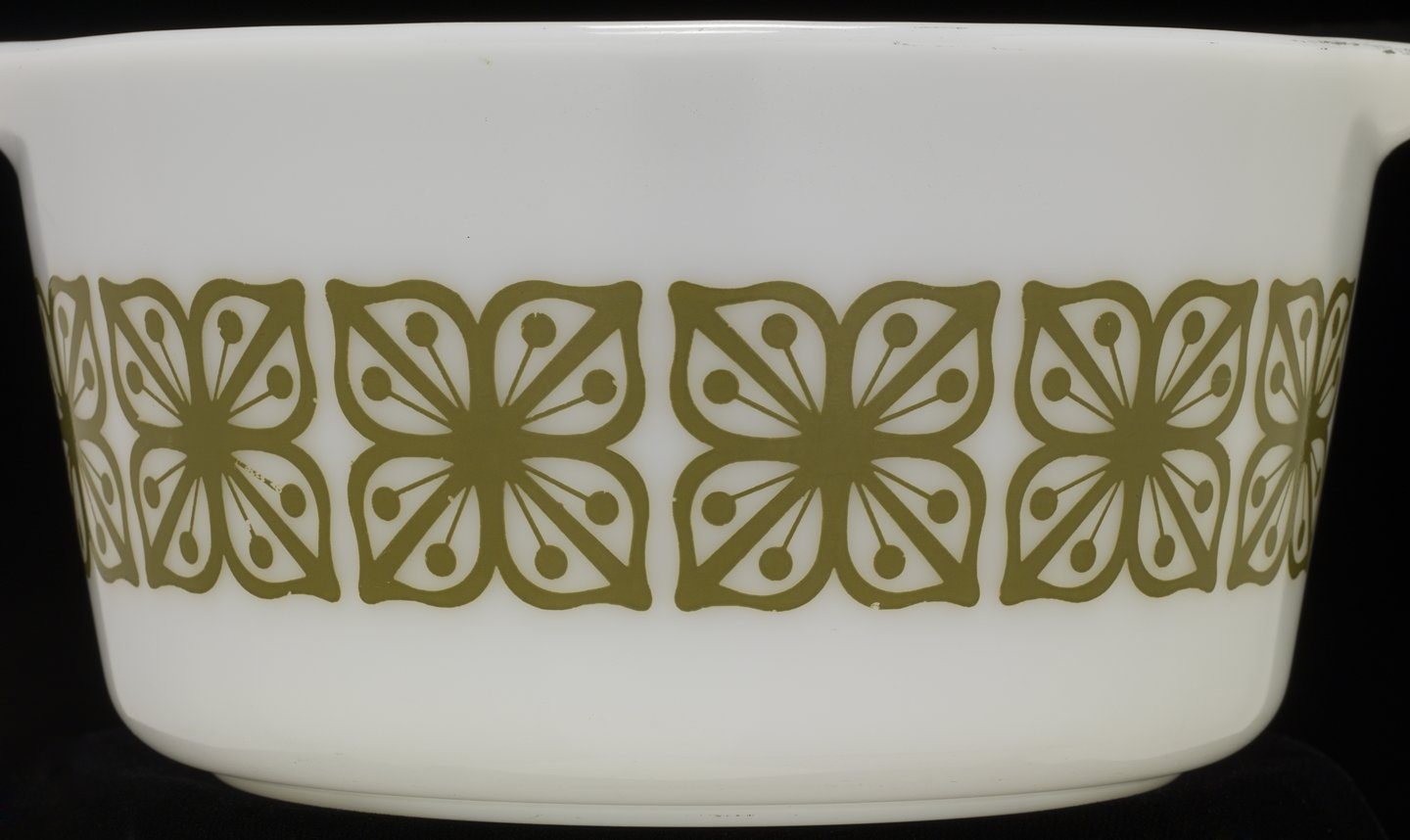 Autumn Floral was available to the consumer market in 1964 to promote “…bright colors and designs to fit any décor.” With a golden yellow square floral design printed on a mustard yellow background, Autumn Floral was the precursor to the standard pattern Verdé released in 1967.

Often, patterns used for these gift items were unnamed, or given names descriptive of the dish’s purpose, like “chip and dip set.” Collectors over the years have assigned names reflective of the specific pattern.