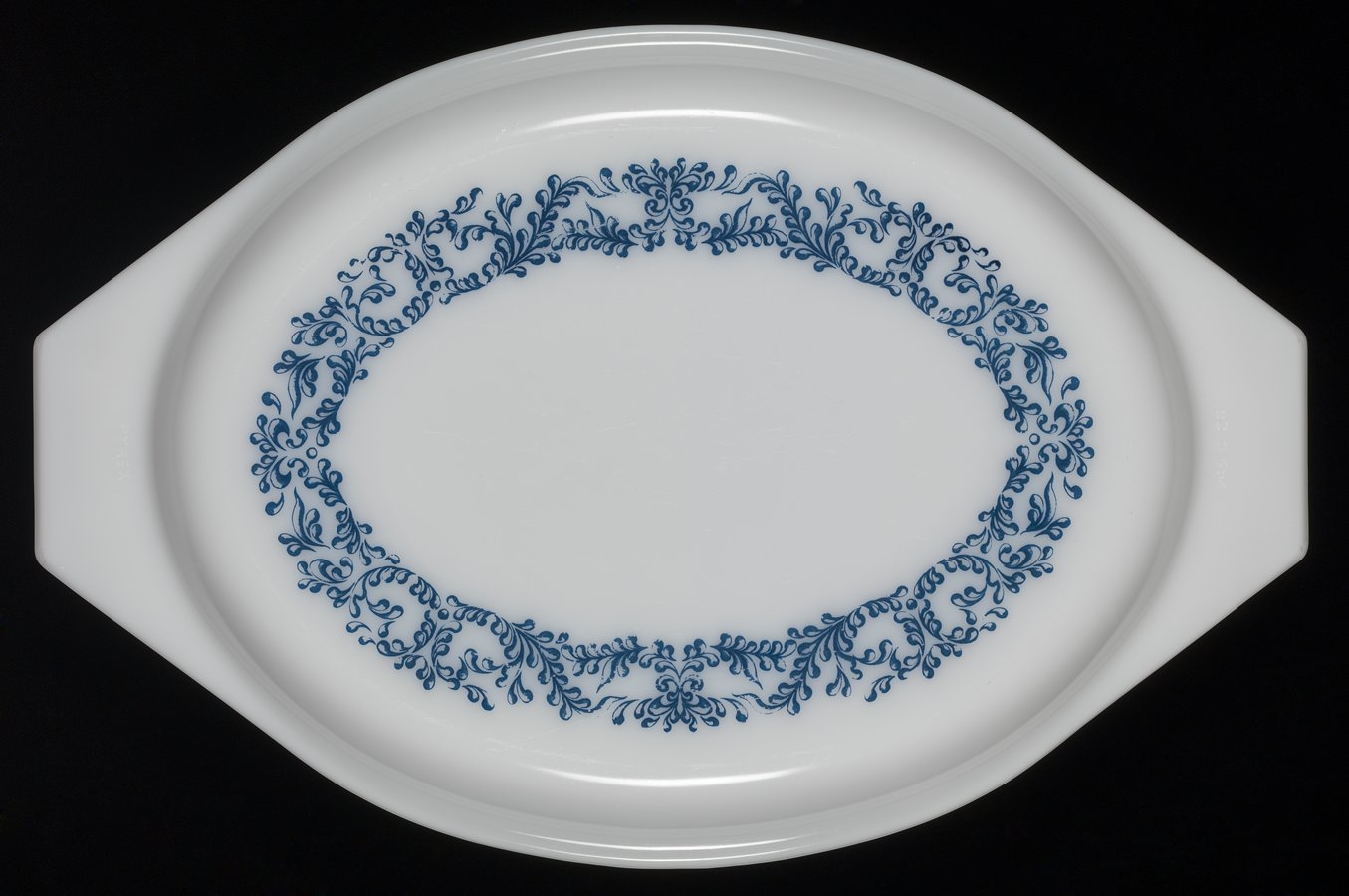 Blue Ivy was released in late-1967 on the 1 ½ quart Oval Divided Dish (063). While the dish itself was a solid blue color, the opalware lid had a printed pattern of blue ivy detailing the topside of the lid.