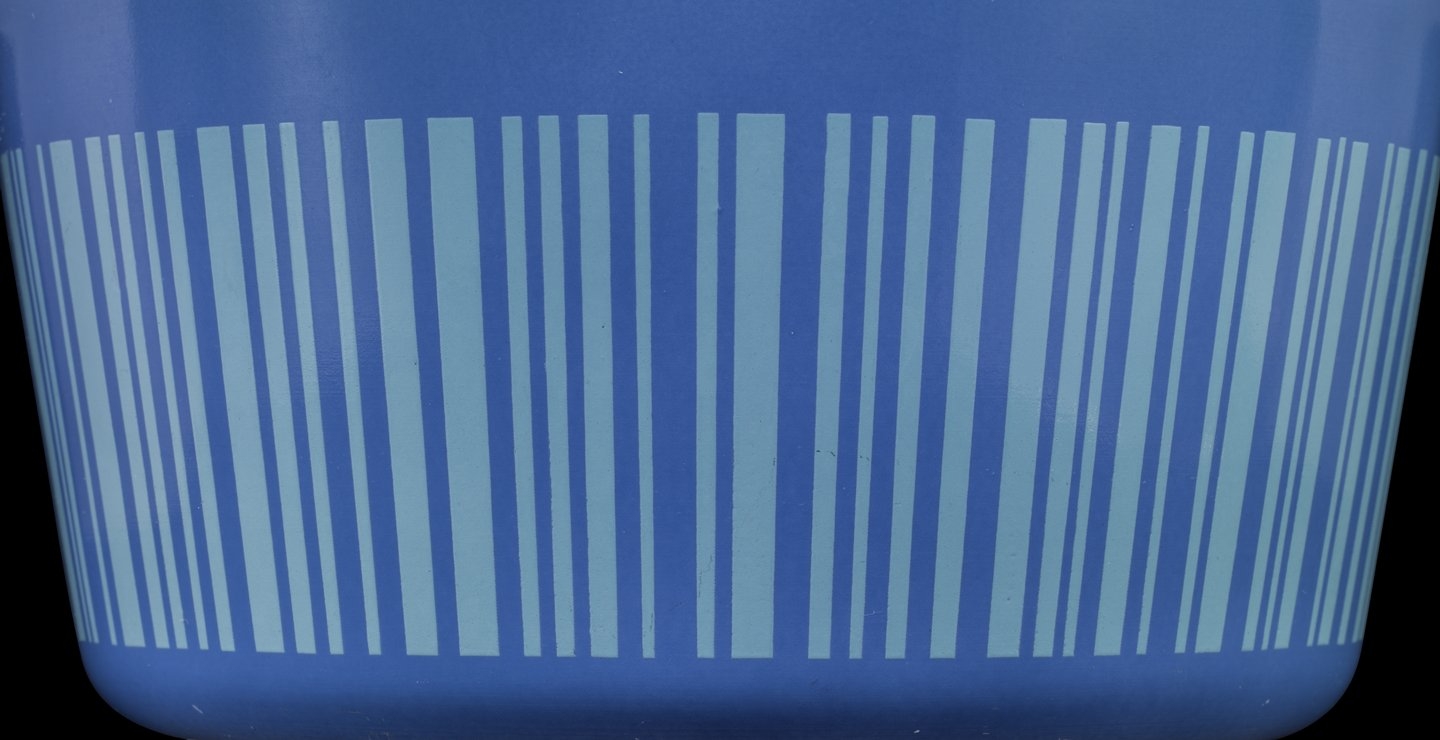 Blue Stripe is popularly known as “Barcode.”
Unlike promotional patterns released as single-sale items, Blue Stripe was available in two different casserole sets.
While Blue Stripe is the most readily available version of the ever-popular barcode design, eight other color variations are known to exist.

While most promotional items were featured as stand-alone items sold for a short duration the popular Blue Stripe pattern was offered as two different casserole sets.

Blue Stripe has a deep blue background with light blue stripes that mimic a barcode around the entirety of the dish. While Blue Stripe was the most readily available version of this pattern, other color variations exist with the barcode design. 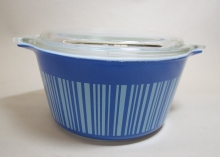 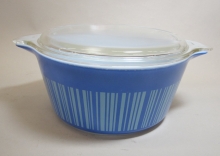 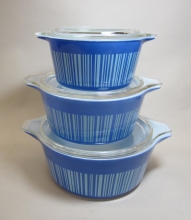 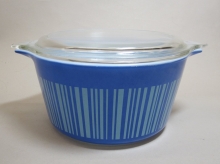 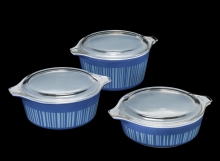