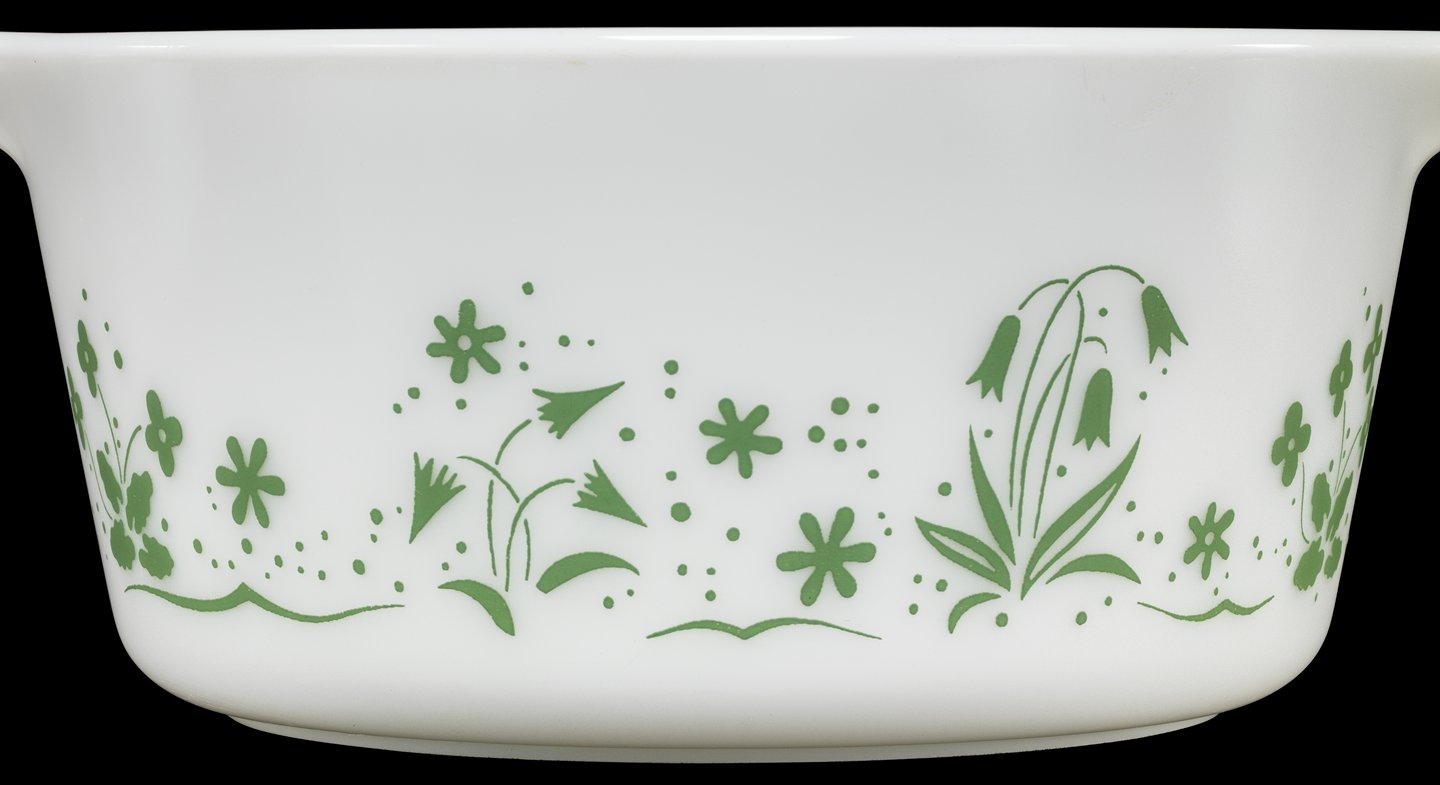 The Bride’s Casserole was touted as a “Lovely new gift for a lovely new bride.”

“Lovely new gift for a lovely new bride. Casserole is white with a gay green decoration. Cover is clear PYREX glass. Gleaming brass cradle with walnut handles, for graceful serving.” Released in 1961 the new Bride’s Casserole pattern was printed on the 1 ½ quart Round Casserole (474). It has a white dish with a light green pattern of small flowers on stems surrounding by dancing flowers and dots.