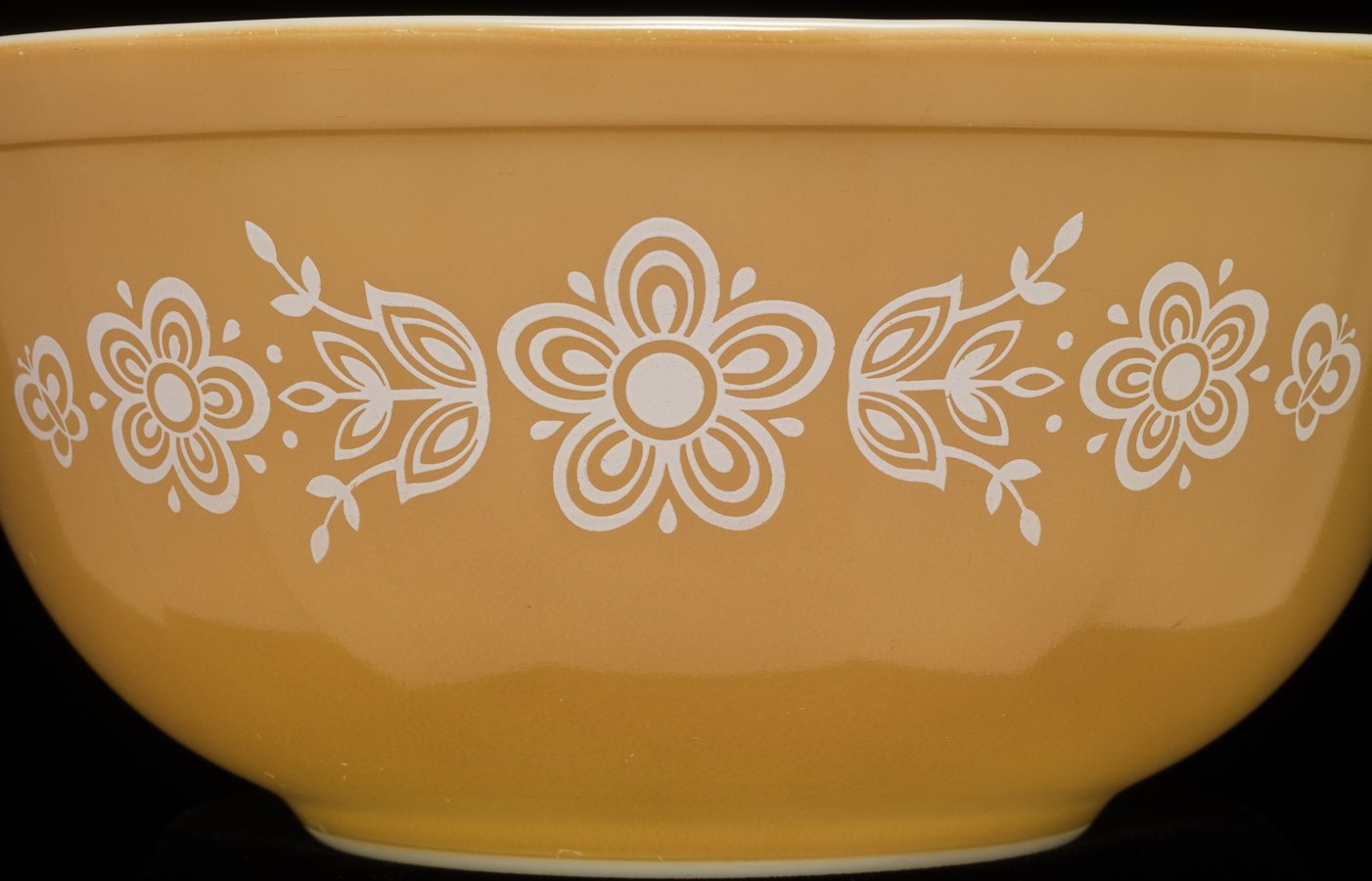 Butterfly Gold, designed by Gregory Mirow, was introduced in 1972 as a series of “Pyrex Compatibles.” Many new shapes and sizes with the Butterfly Gold pattern were launched during this time to complement the Corelle Dinnerware pattern released in 1970 of the same name. The Pyrex compatibles for Butterfly Gold can be found in two colors, both the orange tone that matches the Pyrex creation as well as a coordinating brown tone.

Other such table accessories were released to supplement the ovenware such as napkin rings, drinking glasses, teacups, creamers, etc. After 1975 these accessories were grouped into a category called Tabletop Ware. Tableware became one of Corning’s biggest hits and was released in patterns of Winter Frost White, Spring Blossom Green, Snowflake Blue, as well as Butterfly Gold.

The 024 two quart round casserole was most likely released as a promotional item, as it does not appear in any dealer catalogs.

In the early 1970s capacity listings on each dish were listed in imperial measurements, but by the late 1970s they were listed in metric units. As this was the height of production for Butterfly Gold some of the pieces may include capacity stamps in both imperial and metric measurements. 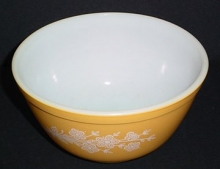 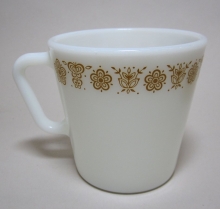 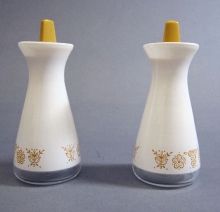 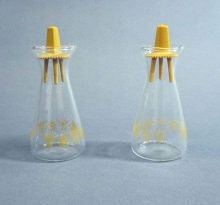 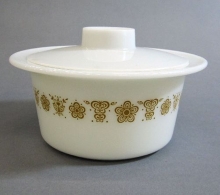 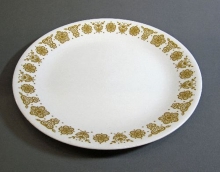 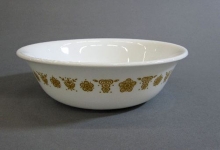 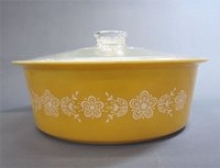 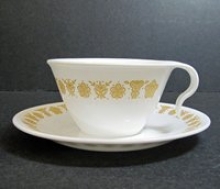 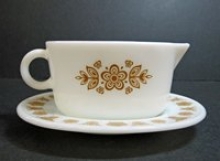 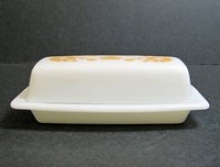 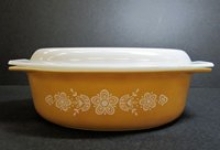 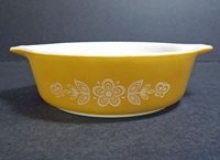 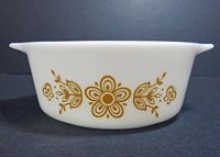 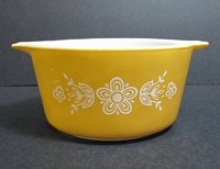 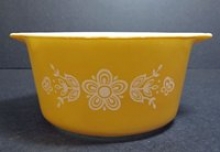 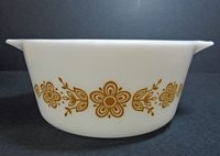 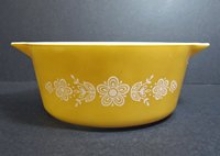 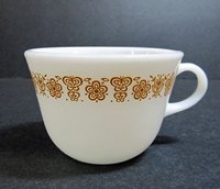 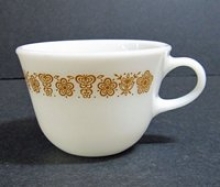 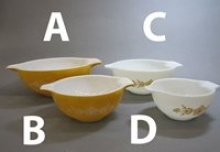 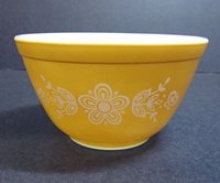 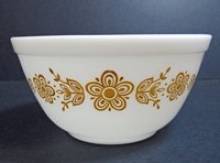 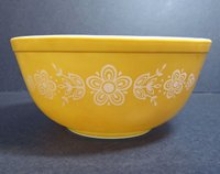 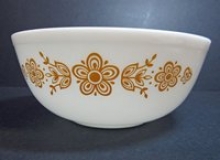 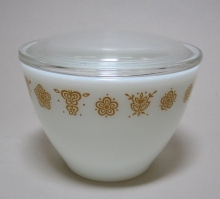 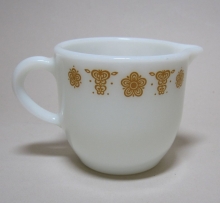 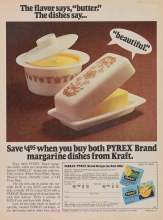