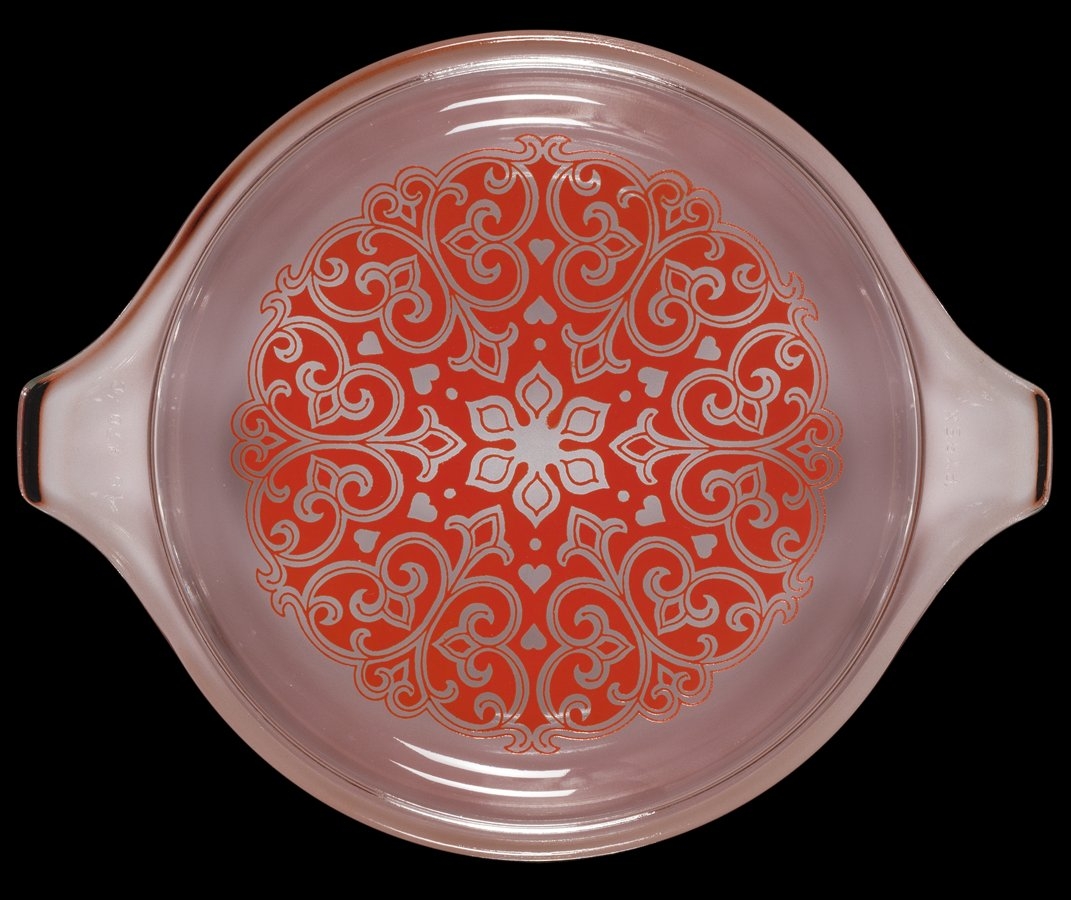 Celtic Floral is the unofficial name of this pattern. It is also referred to as Hearts Scroll.
Celtic Floral, along with Sol Flower, was the first promotional pattern released with a three-legged brass trivet.

“Put all the warm colors of this line on display…” suggests a 1969 dealer catalog. The release of the “New Gift Line” in late-1969 saw some bold new pattern designs including the unofficially named Celtic Floral. “Corning Welcomes you to cooking in the 70s.”

Celtic Floral or Hearts Scroll, as this pattern was also known, was advertised as the one-quart Round Casserole with Trivet (473) and retailed for $3.95. Celtic floral, along with Sol Flower, was the first promotional pattern released with a three-legged brass trivet. As the 1970s progressed, Pyrex opalware promotional patterns included small three-legged trivets, under-plates and “hugger cradles” rather than traditional cradles and candle warmers. 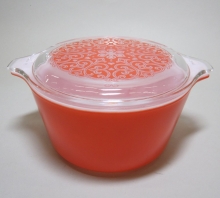