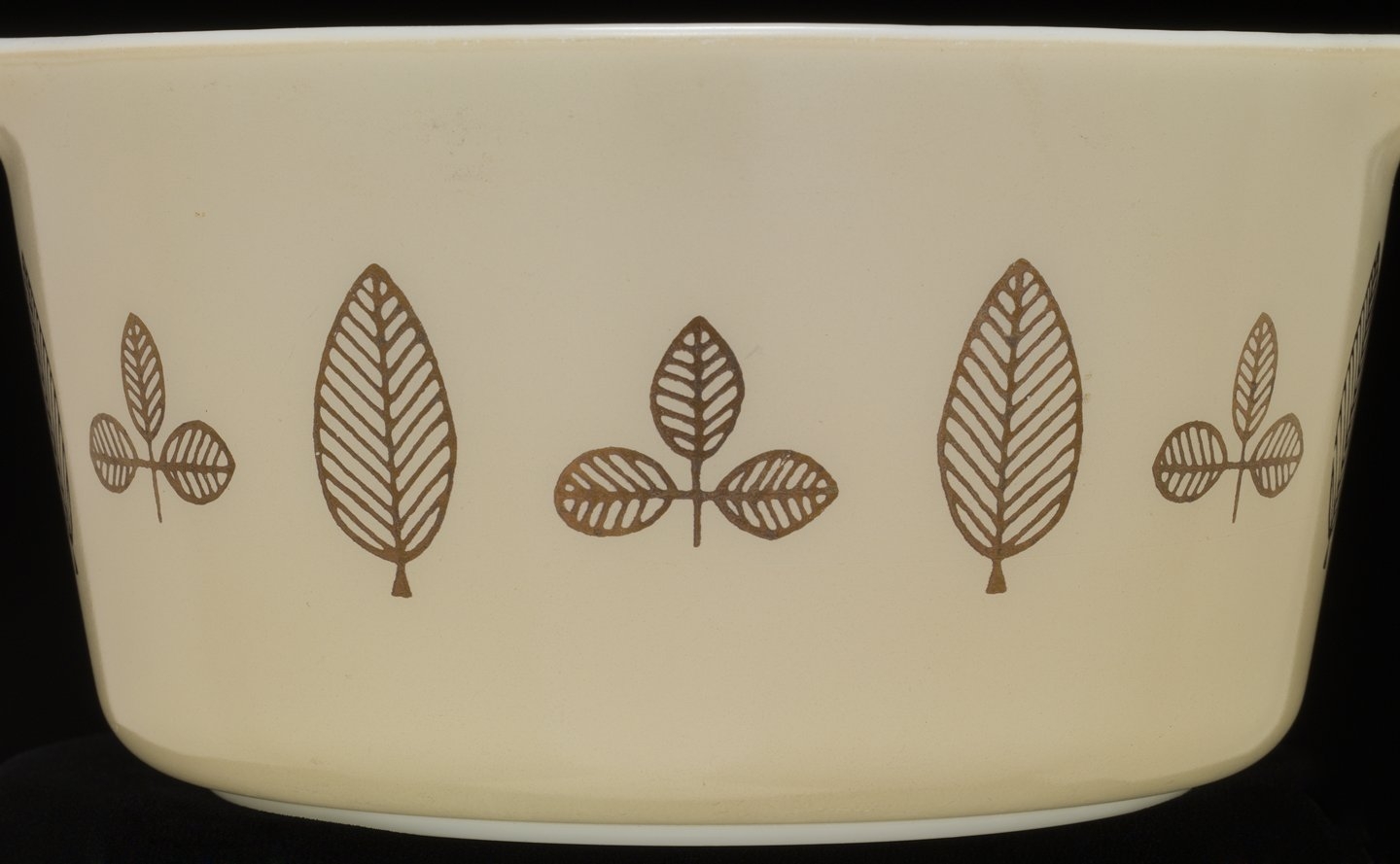 The Cinderella Buffet Twins retailed for $6.95.
The Set came with two casseroles, two clear lids and a dual serving cradle.

“Give her two 1-quart casseroles with clear lids, and a serving cradle. She’ll carry it proudly to waiting guests,” stated a 1959 Pyrex advertisement from Better Homes and Gardens.

At $6.95, the Cinderella Buffet Twins came with two one-quart Round Casseroles (473), two clear lids and a serving double cradle. The casseroles are a light yellow color with brown alternating leaf designs; one singular leaf and then a stem with three leaves. The design is the same pattern that appears on the Cinderella Twin Servers Set.