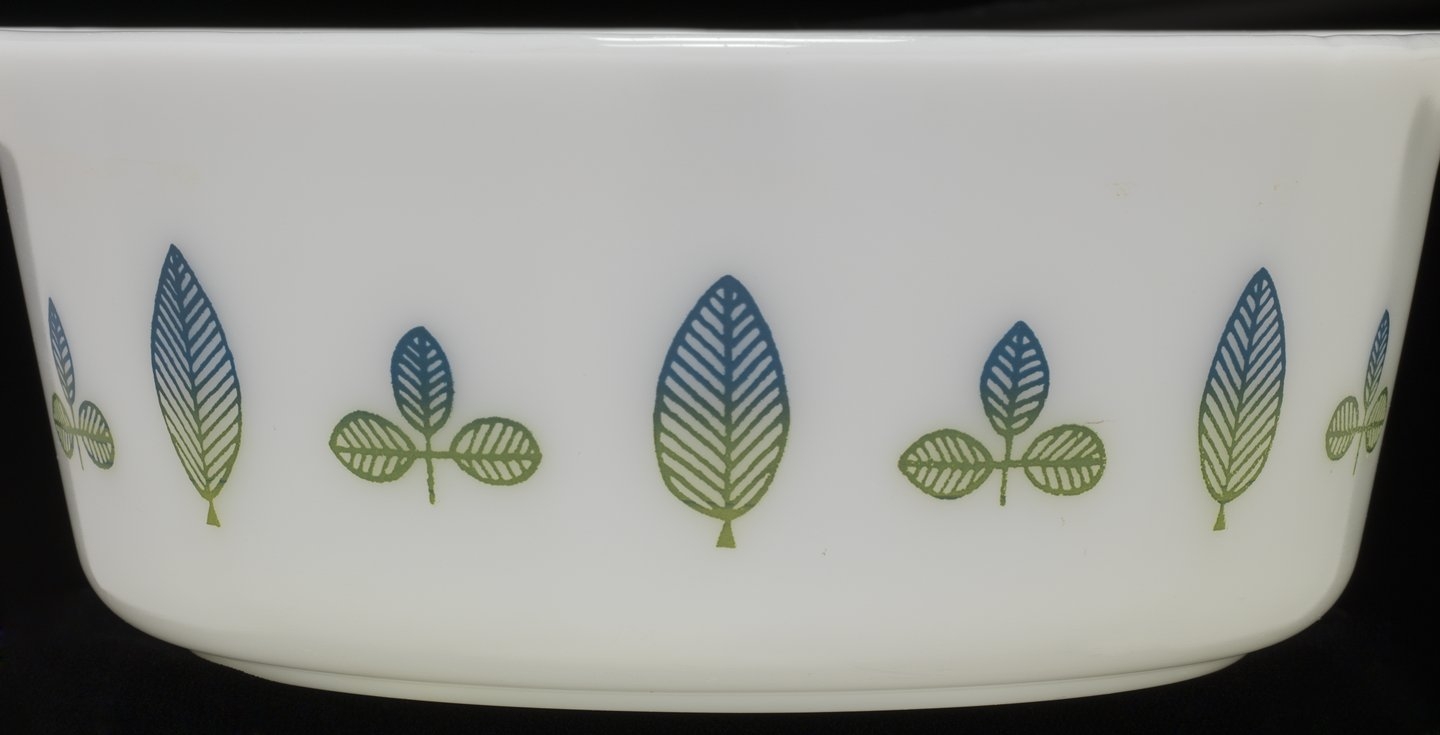 “Let’s have a Pyrex ware party for the bride!” exclaimed a 1959 promotional advertisement appearing in Better Homes and Gardens, Ladies’ Home Journal, and Good Housekeeping. Listed on this ad is the “New Cinderella Twin Server Set” and is touted as “perfect for quick, easy oven-to-table meals for two.” With its green and blue alternating leaf pattern on white background the Cinderella Twin Server Set came with two 1 ½ pint Round Casseroles (472) and double casserole cradle.