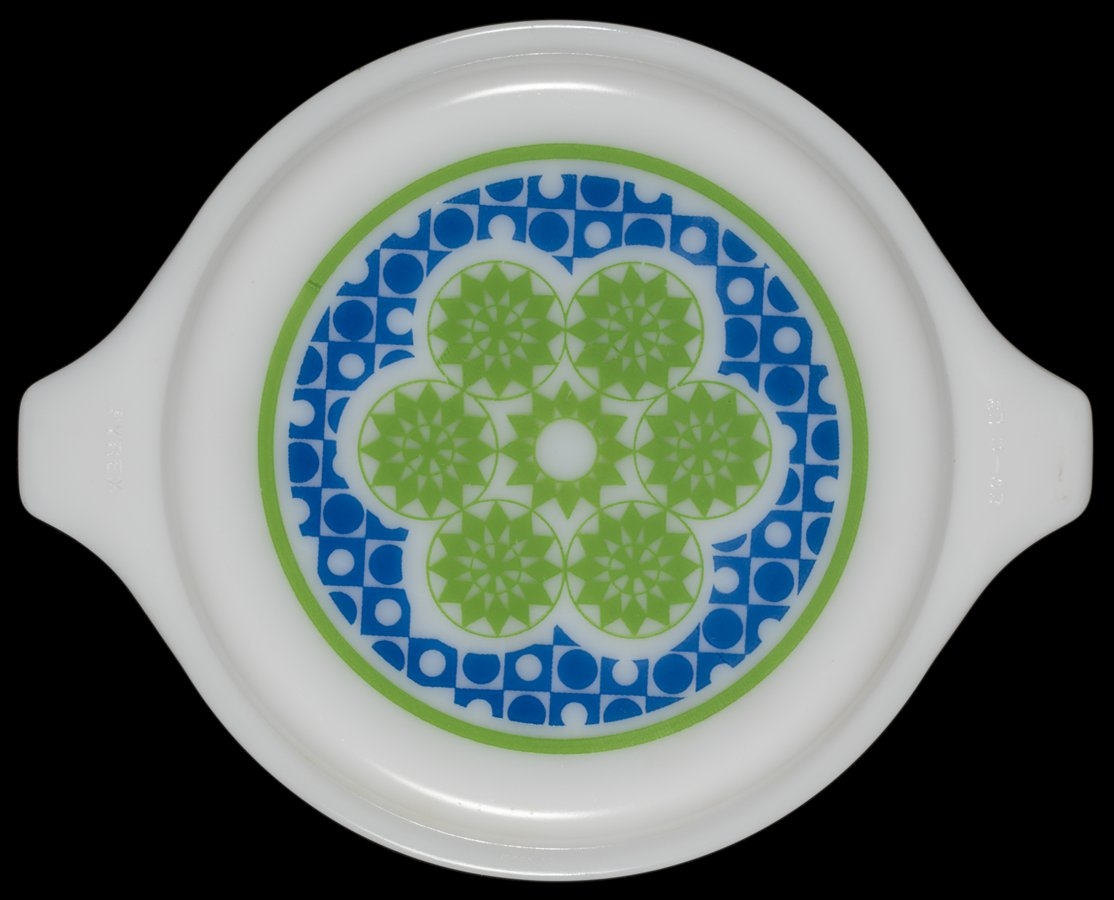 Crazy Quilt debuted in late-1971 in the “Gifts” section of the Pyrex dealer catalog. With a bright green dish and bright blue and green pattern on the opalware lid, Crazy Quilt is a great example of the trend toward bright colors in the 1970s.

The Crazy Quilt pattern was released on the one-quart (473) Cinderella Casserole and came with a brass three-legged trivet. Casserole plus trivet retailed for $3.95. 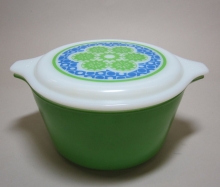