Daisy Silhouette (from the Designer Collection) 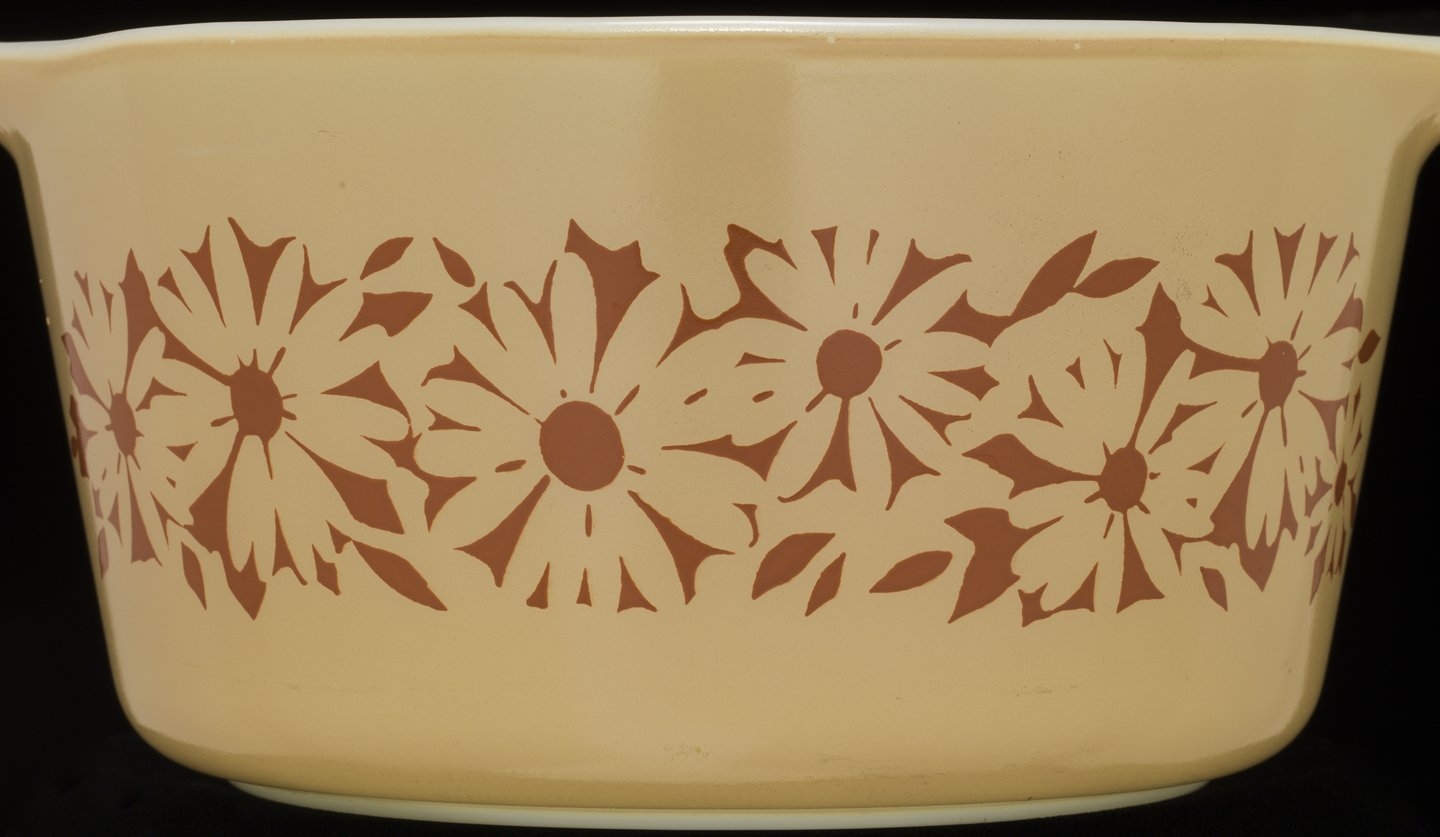 Daisy was unofficially known as “Daisy Silhouette” as a way to distinguish the design from the standard pattern of the same name.
Daisy Silhouette was released as part of the Designer Collection.

With the increased use of microwave ovens in the 1970s it was no longer practical for Pyrex to be made with gold patterns. However, Corning Glass Works was still releasing patterns created as a response to trends in the consumer market. The 1978 release of Daisy is just such an example. Unofficially known as Daisy Silhouette, Daisy had a light yellow background with a pattern of large orange outlined daisies indicative of the “Flower Power” movement started in the late-1960s.