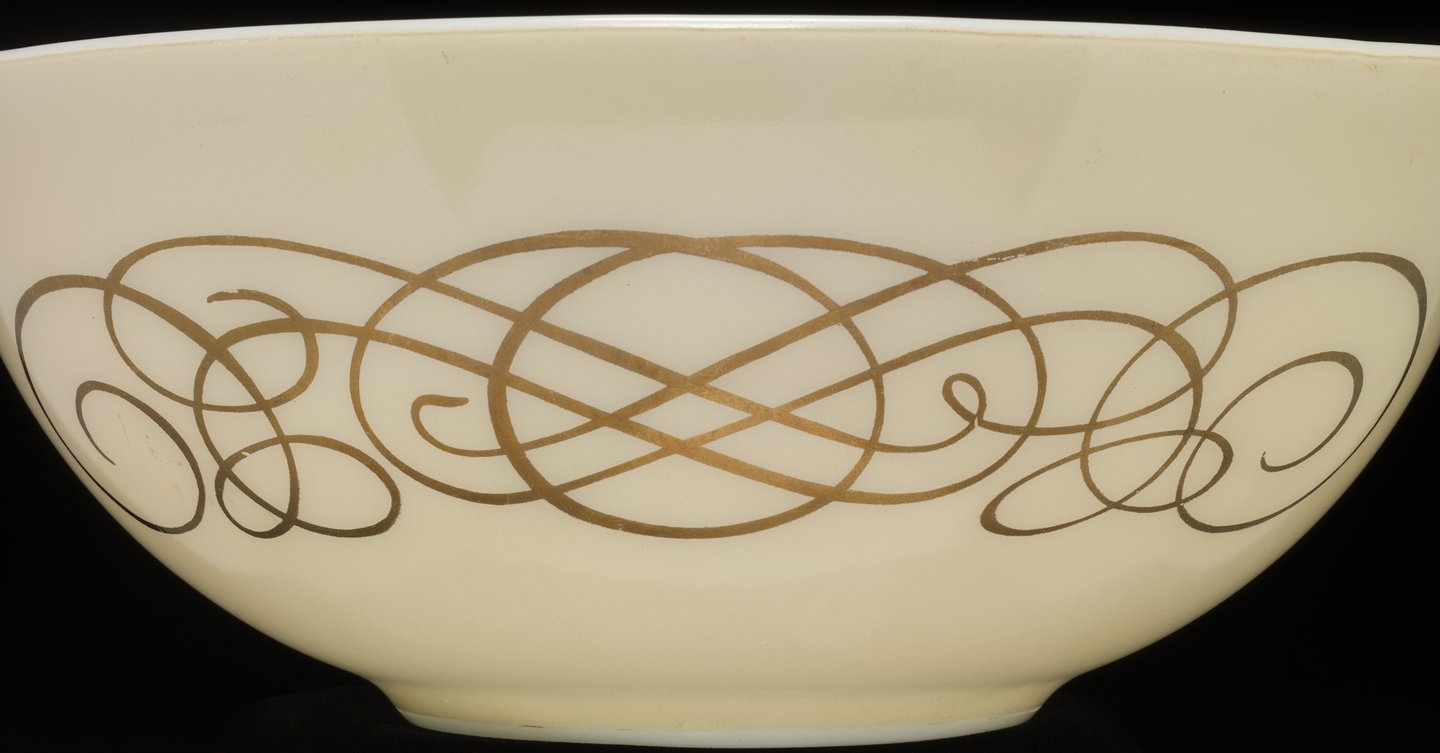 This pattern was released as the Deluxe Chip and Dip Set Gold on Ivory, but is more commonly referred to by its unofficial name, Golden Scroll. Golden Scroll was released as a Chip and Dip with the 441 1 ½ pint Cinderella Bowl and the 444 four quart Cinderella Bowl that could be used as a combined unit with the accompanying bracket or as two separate pieces.