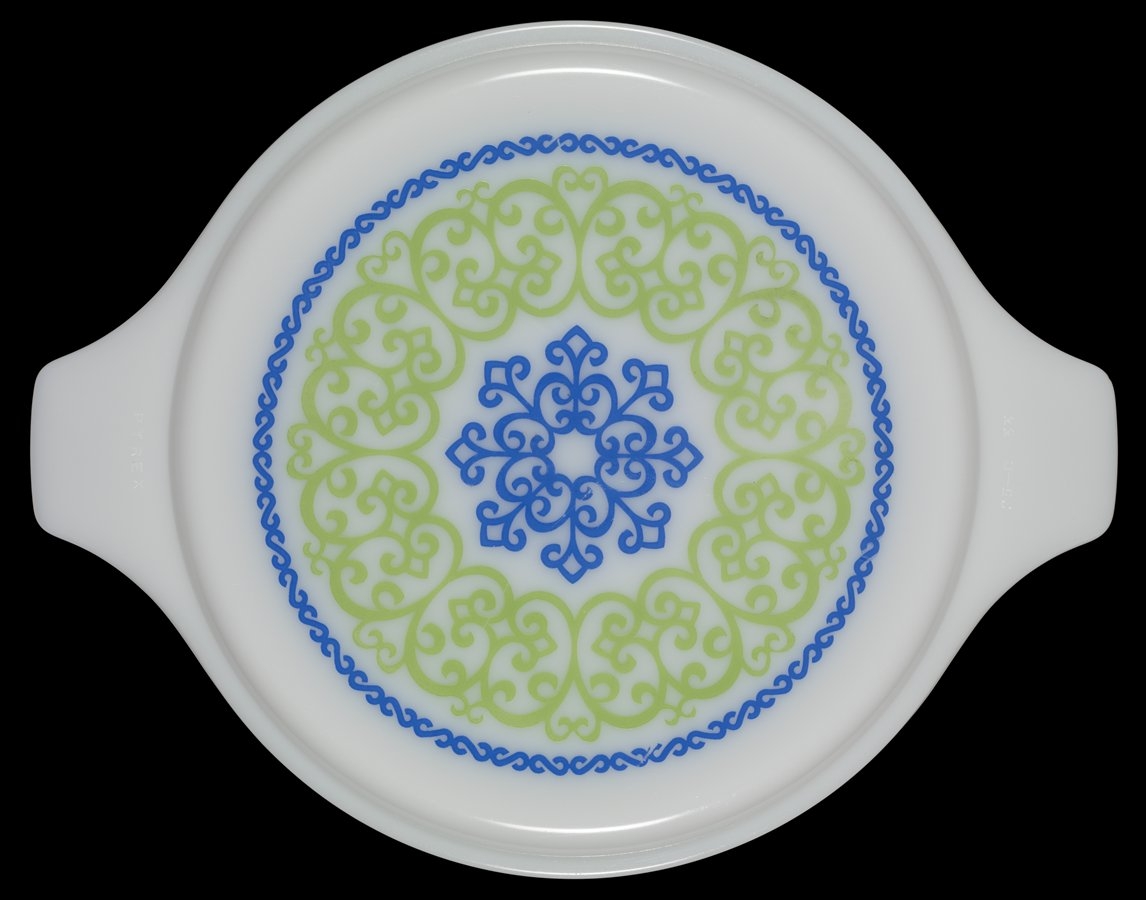 Español retailed for $7.95 and came with a light green hugger cradle.
Unofficially known as “Ocean Filigree,” Español, along with Raffia, was the first casserole released with a hugger cradle.

As the 1970s progressed Pyrex opal ware promotional patterns included small three-legged trivets, under-plates and “hugger cradles,” rather than traditional cradles and candle warmers. Español, along with, Raffia was the first casserole released with a hugger cradle.

When Español hit consumer markets in 1973 the dish retailed for $7.95. The casserole is a solid periwinkle color with a white opal ware lid with a light green and periwinkle tracery design of swirls, flowers, leaves and vines. Español is unofficially called “Ocean Filigree.”