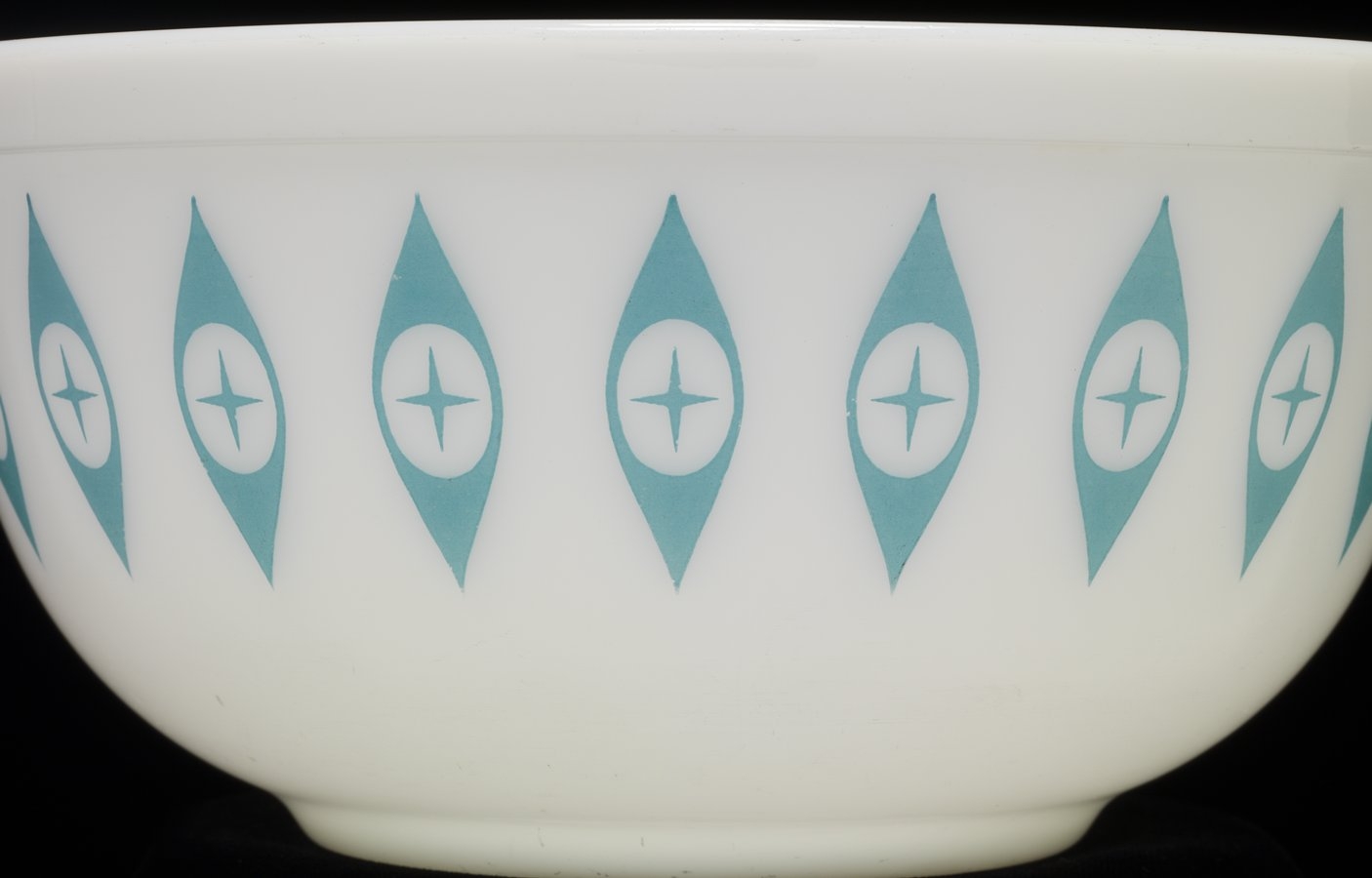 This patterned "Hot 'N' Cold" Chip and Dip Set was introduced c. 1950s, however the exact date is unknown.
Unofficially known as “Eyes” this pattern was one of the first to be released as a Chip and Dip Set.
The characteristic Pyrex stamp is only found on some of the Eyes bowls while others do not have the stamp.

Unofficially known as “Eyes” this set is one of the first patterns released as a Chip and Dip set. Using a metal bracket the set combined the 401 dip bowl and the 403 mixing bowl to create the Hot ‘N’ Cold Chip and Dip Set.

The characteristic Pyrex stamp on the bottom of each dish does not appear on some of the Eyes bowls while others are clearly marked with the stamp.

A corresponding coffee carafe printed with the “Eyes” pattern in gold was released as well as a clear one-quart juicer with a turquoise plastic lid.