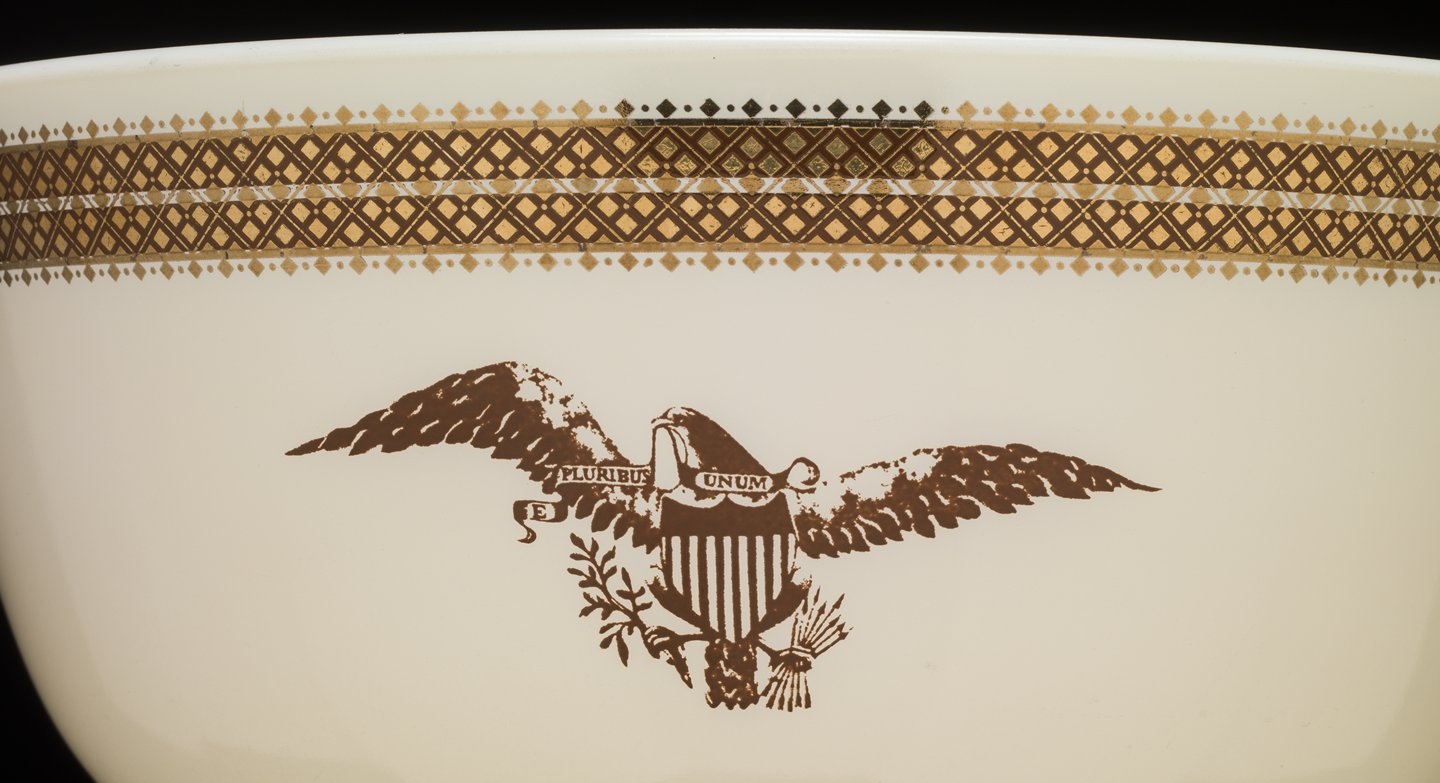 Though available as part of the new Hearth Group line, Federal Eagle was released on a limited number of items. Sold individually was the 1 ½ quart Mixing Bowl (478) and the 3-quart Mixing Bowl (479). Also available was the 9 oz. mug (489), which exists in two versions. One version resembles the mixing bowls with a large brown eagle printed on a creamy yellow background with a gold band circumnavigating the bottom of the mug. The other version is solid brown with a gold band along the bottom of the mug. 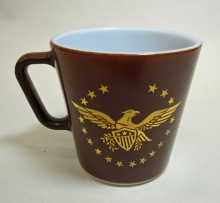 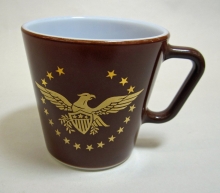 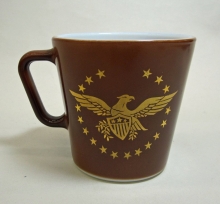 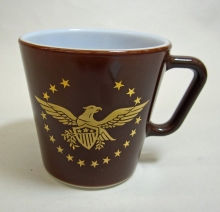 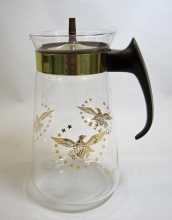 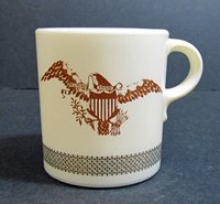 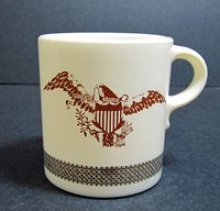 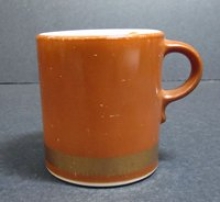 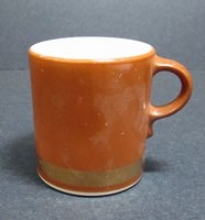 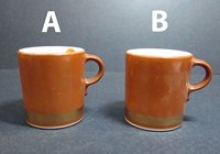 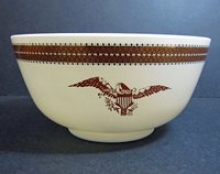 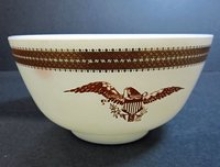