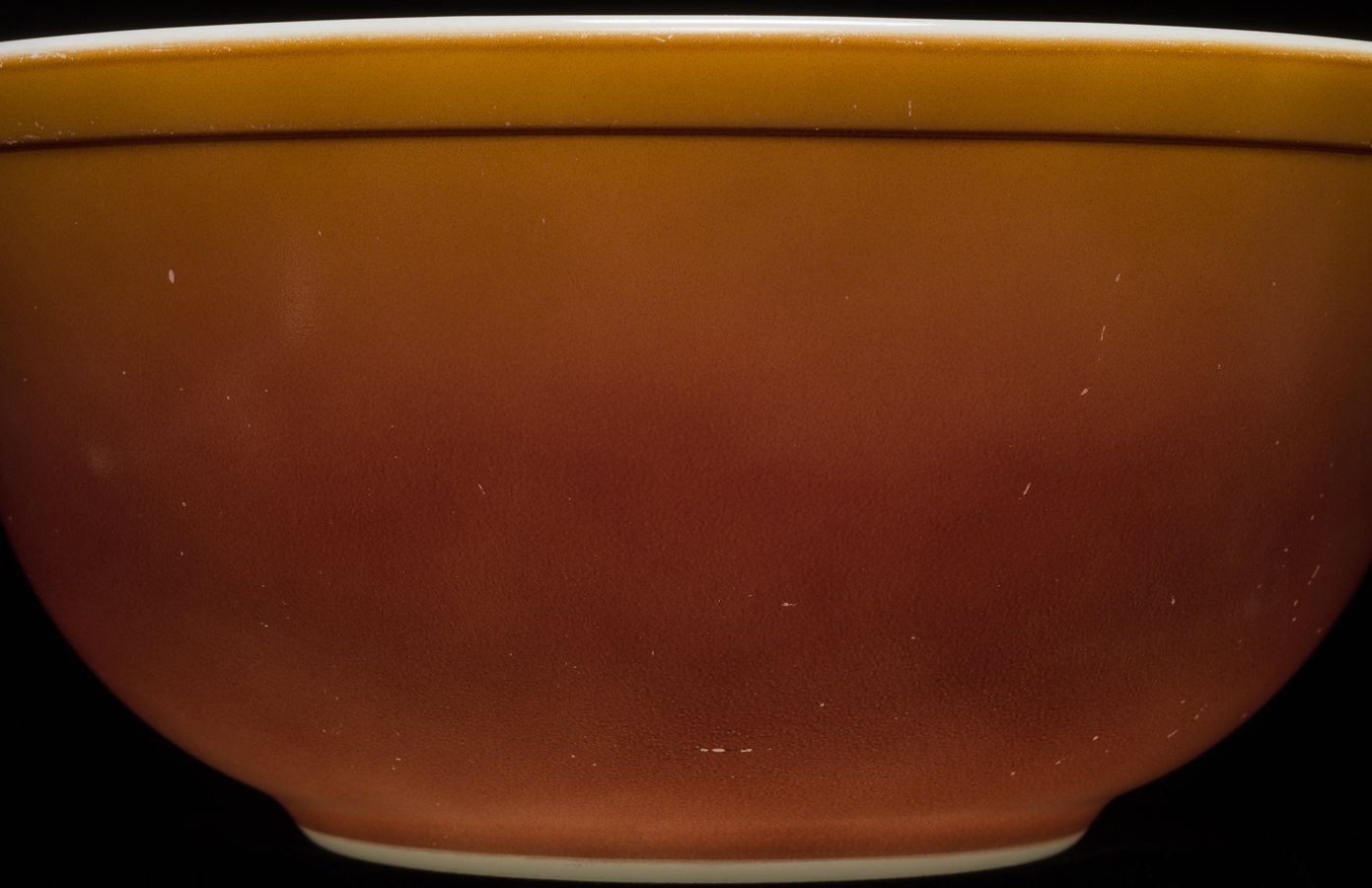 Flameglo was only released on the 400-series Mixing Bowl Set throughout its three-year distribution.
After the Dot Bowls were discontinued in 1973, the Flameglo bowl set was meant to take its place.

Even though Flameglo was available for three years between 1974 and 1976, the design was only released on the 400-series bowl set. Flameglo replaced the popular Dot Bowls, which were discontinued in 1973. Unlike the Dot Bowls, all four bowl sizes in Flameglo were released at once.

Within the first year of being released Flameglo was listed under Pyrex “Best Sellers” in dealer catalogs along with the 4-piece Multicolor Bowl Set. The orange to red shading effect of Flameglo had mass market appeal that would continue throughout its three-year distribution.