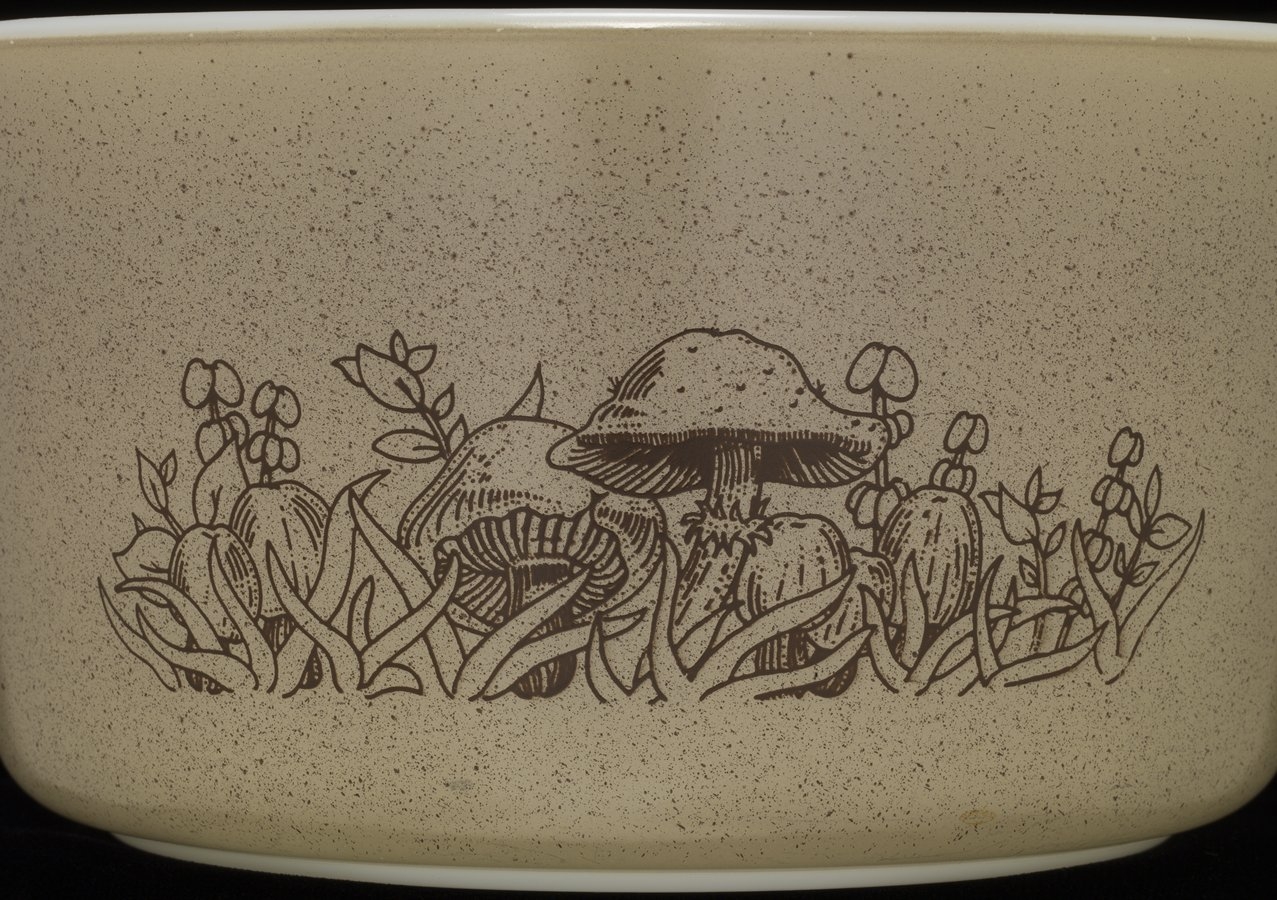 Marc G. Rubin
Forest Fancies was one of the last four Pyrex patterns to be manufactured before production ceased in 1986.
Forest Fancies was released as a successor to the Homestead pattern, updated as a response to changing market trends.
In the last several years of its existence, Pyrex no longer produced Oval Casseroles, Divided Dishes and Refrigerator sets.

By 1984 only four opalware patterns were produced. One of them was Forest Fancies, released in 1981. Forest Fancies was produced on a limited number of items as Pyrex was no longer producing Oval Casseroles, Divided Dishes and Refrigerator sets.

Forest Fancies replaced the recently discontinued Homestead pattern. Homestead had a similar speckled brown background. Forest Fancies had all clear glass lids, unlike Homestead, which had opal lids. This pattern was a response to changing trends in the contemporary market. The sales brochure read, “Introducing Pyrex ware Forest Fancies…A natural, earthy decoration that captures the beauty and spirit of an enchanted forest floor… on an almond-speckled background.”

Pyrex ceased production of Forest Fancies along with the rest of its opalware line in 1986. 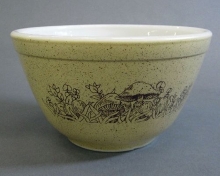 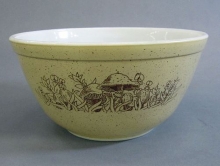 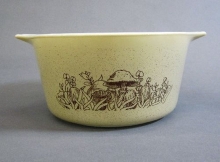 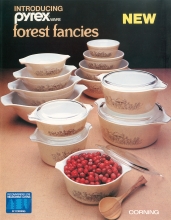 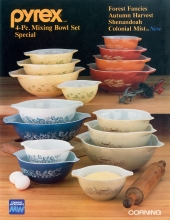