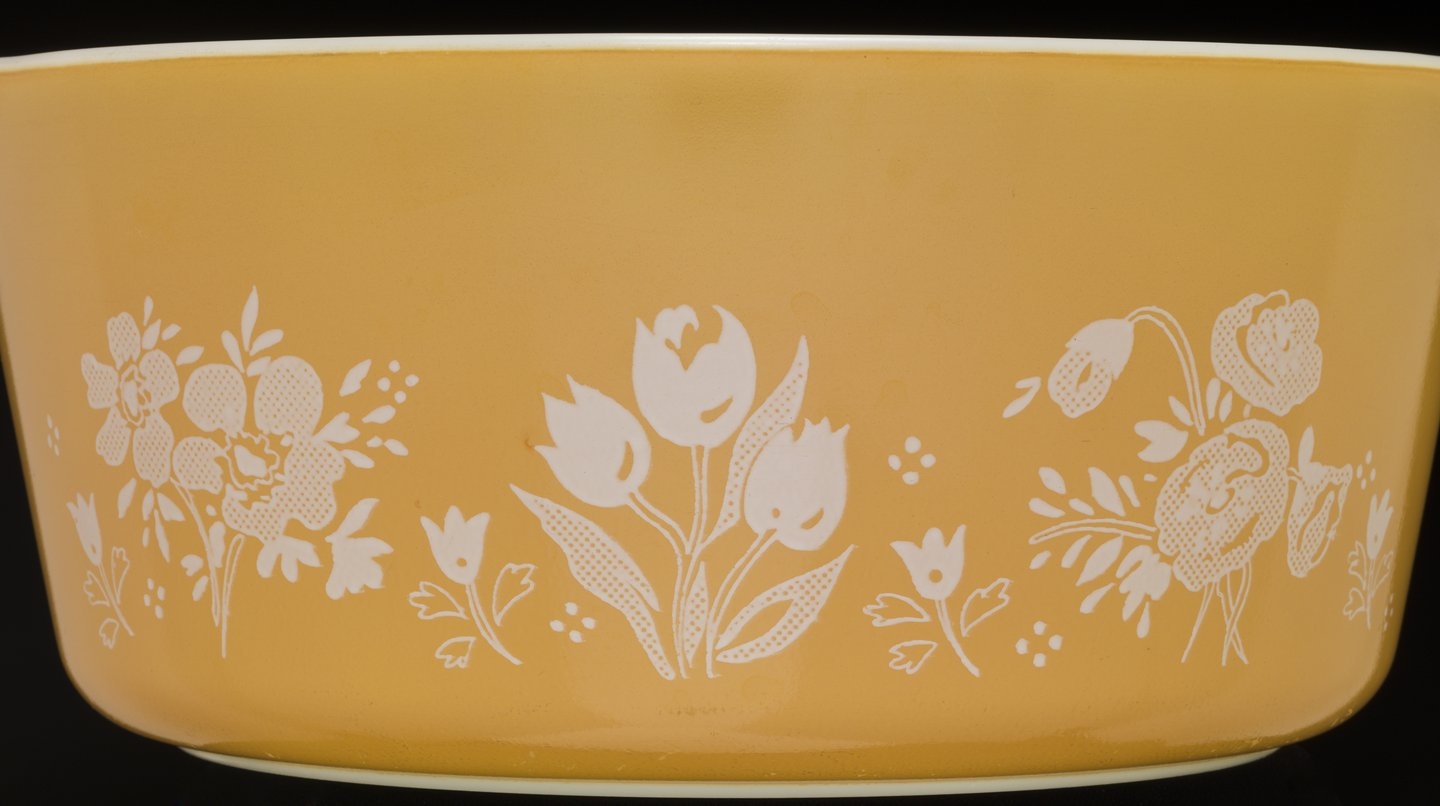 As of 1980 fewer opalware products were being produced. Much of the focus for Pyrex opalware was on the Bake ‘N’ Carry, a round casserole that came with a quilted snap-on cozy meant to make carrying a hot dish easier. Bake ‘N’ Carries were released in several patterns, one of which is unofficially known as “Garden Medley,” available to the consumer market in 1981.

Garden Medley was released on the 2 ½ quart Round Casserole (475). The casserole is mustard yellow with a white tulip and stem pattern.