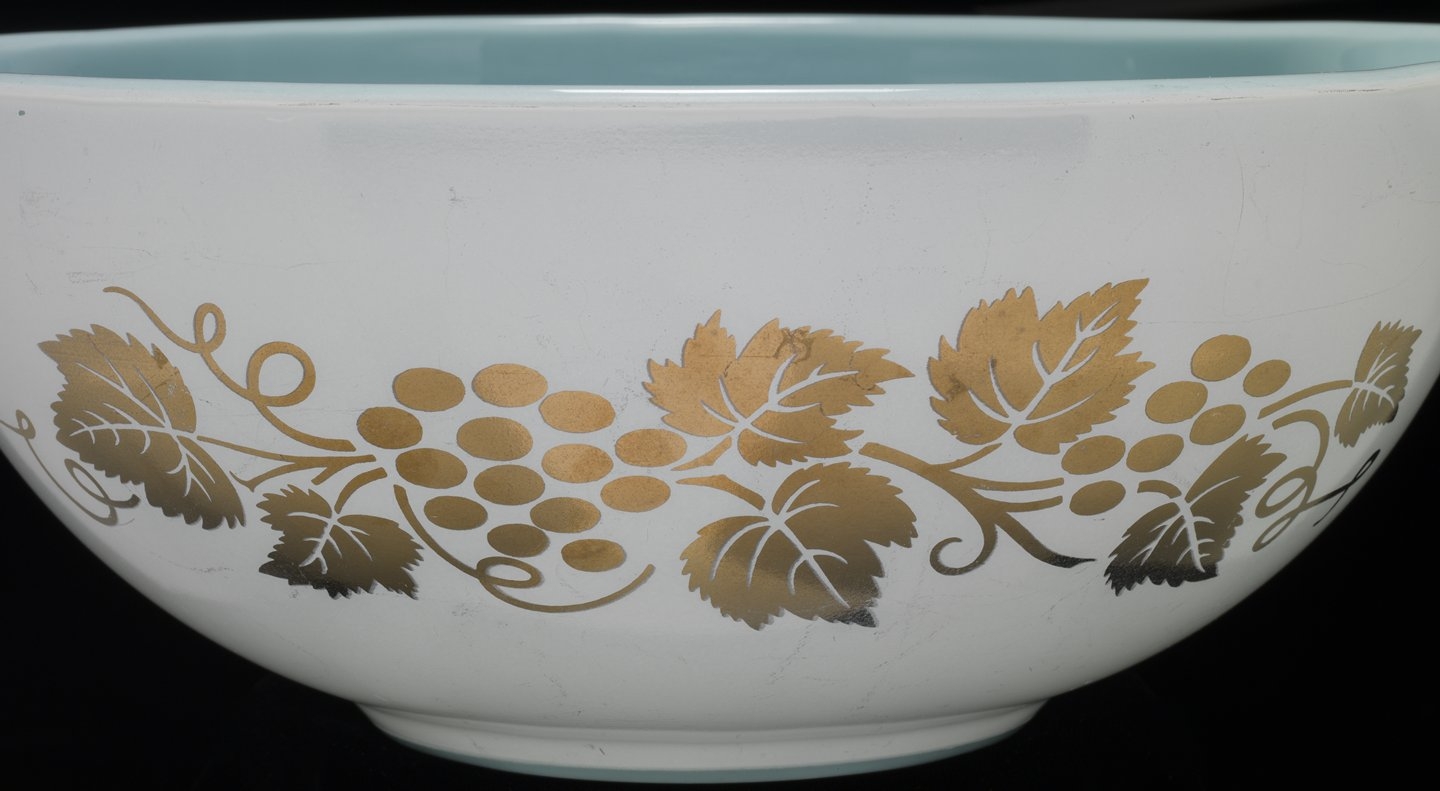 “Just add your love and Christmas greetings! Pyrex Ware gifts are welcomed by everyone who cooks or entertains, are cheerful reminders of your thoughtfulness.” Known by its unofficial name, Golden Grapes, the new Chip and Dip Set was introduced on this 1960 advertisement featuring the season’s newest promotional items.

Released on the four-quart Cinderella Bowl (444) and the 1 ½ pint Cinderella Bowl, Golden Grapes has an opaque delphite blue interior. The set comes with a metal bracket that holds the smaller bowl and attaches to the side of the larger bowl. In 1960 the set retailed for $4.95.

The pattern features a white bowl with a motif of golden grapes, vines and leaves as well as the delphite blue interior.