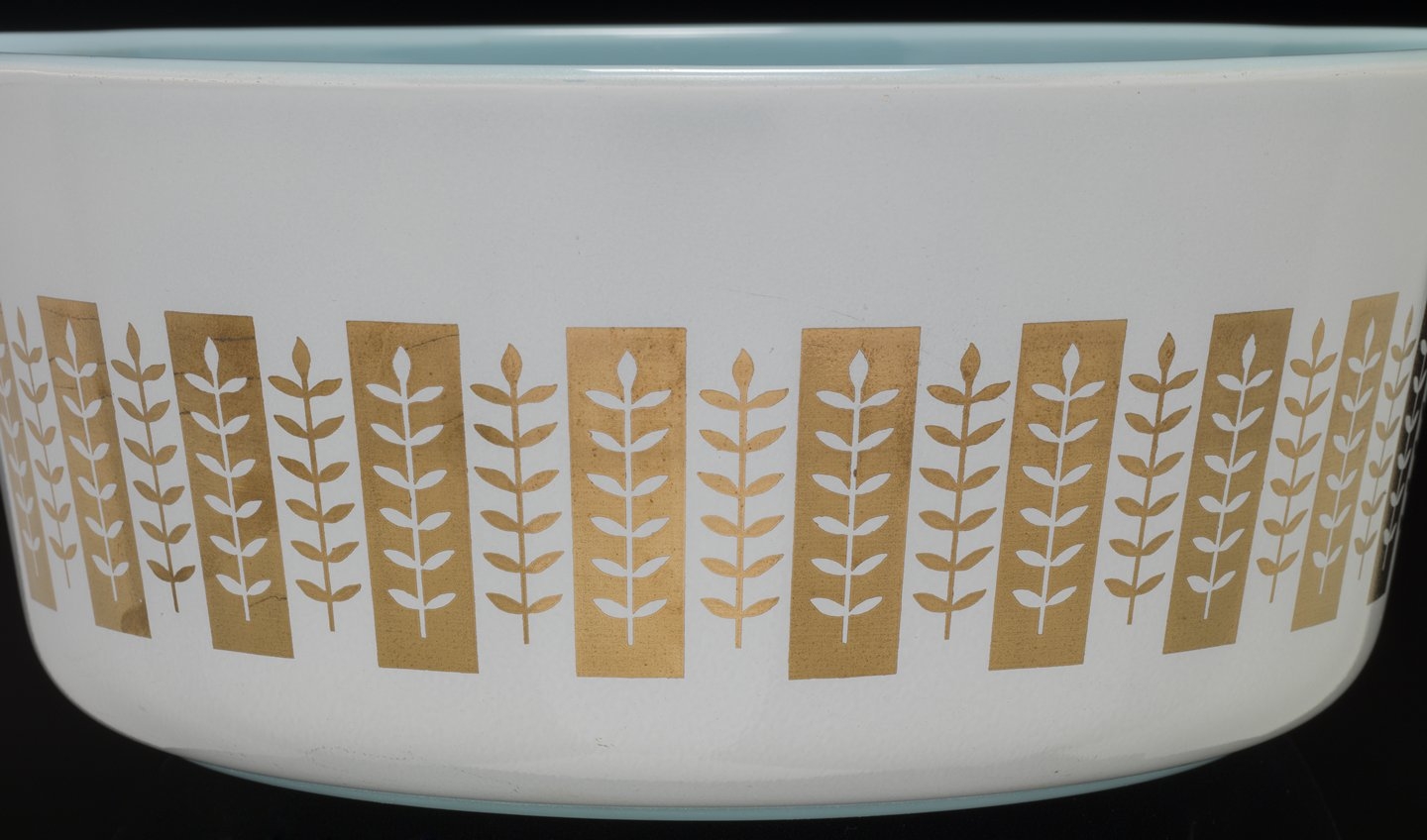 “Beautiful, Useful, Always Welcome…Pyrex Gifts,” proclaimed a 1961 advertisement for the holiday season promotional items. The new Gourmet Casserole retailed for $6.95. Included in this price was the 2 ½ quart Round Casserole (475), a clear lid and a cradle with candle-warmer.