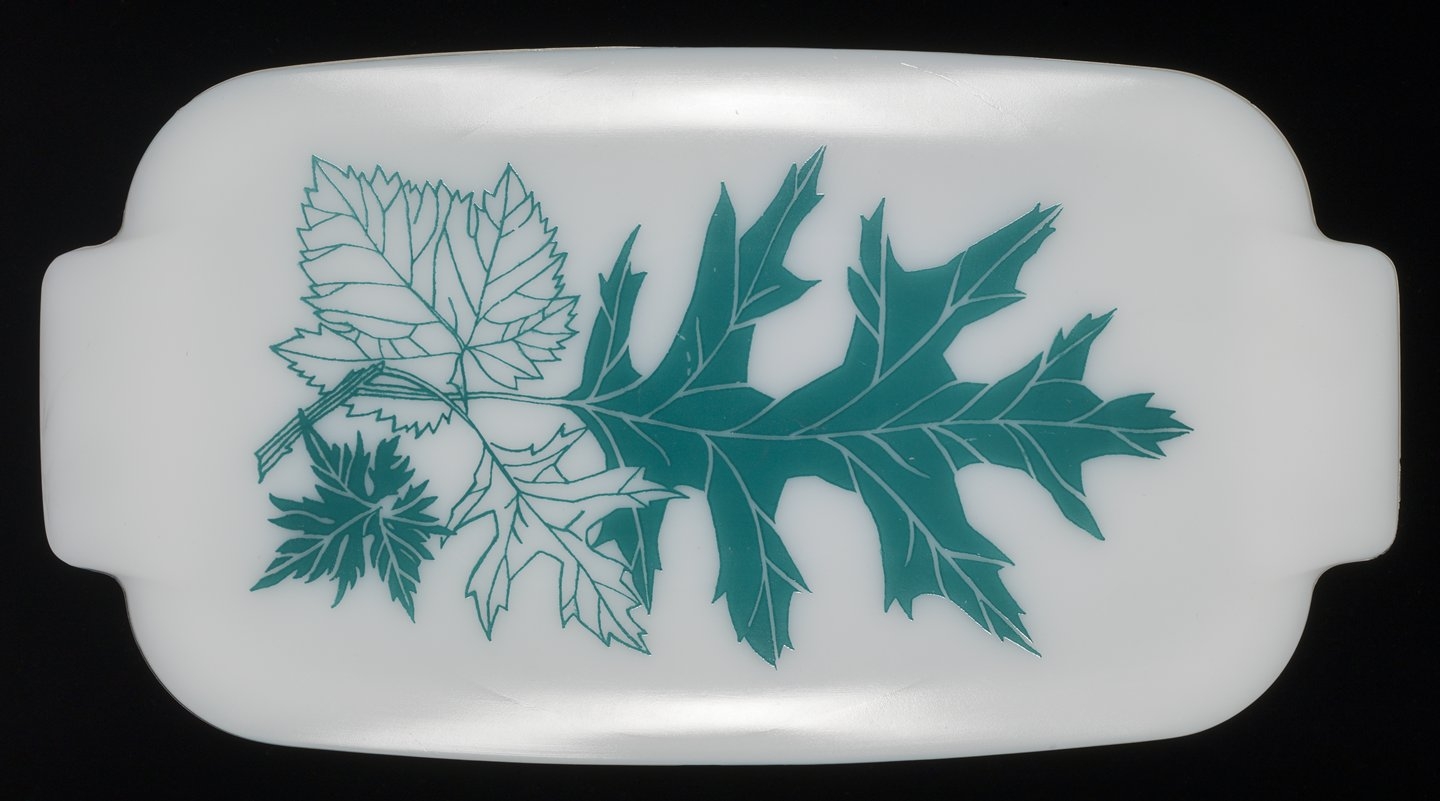 Green Oak Leaf is printed on the 505B Loaf Pan, making it one of the most unique shapes in the Pyrex opal ware line.