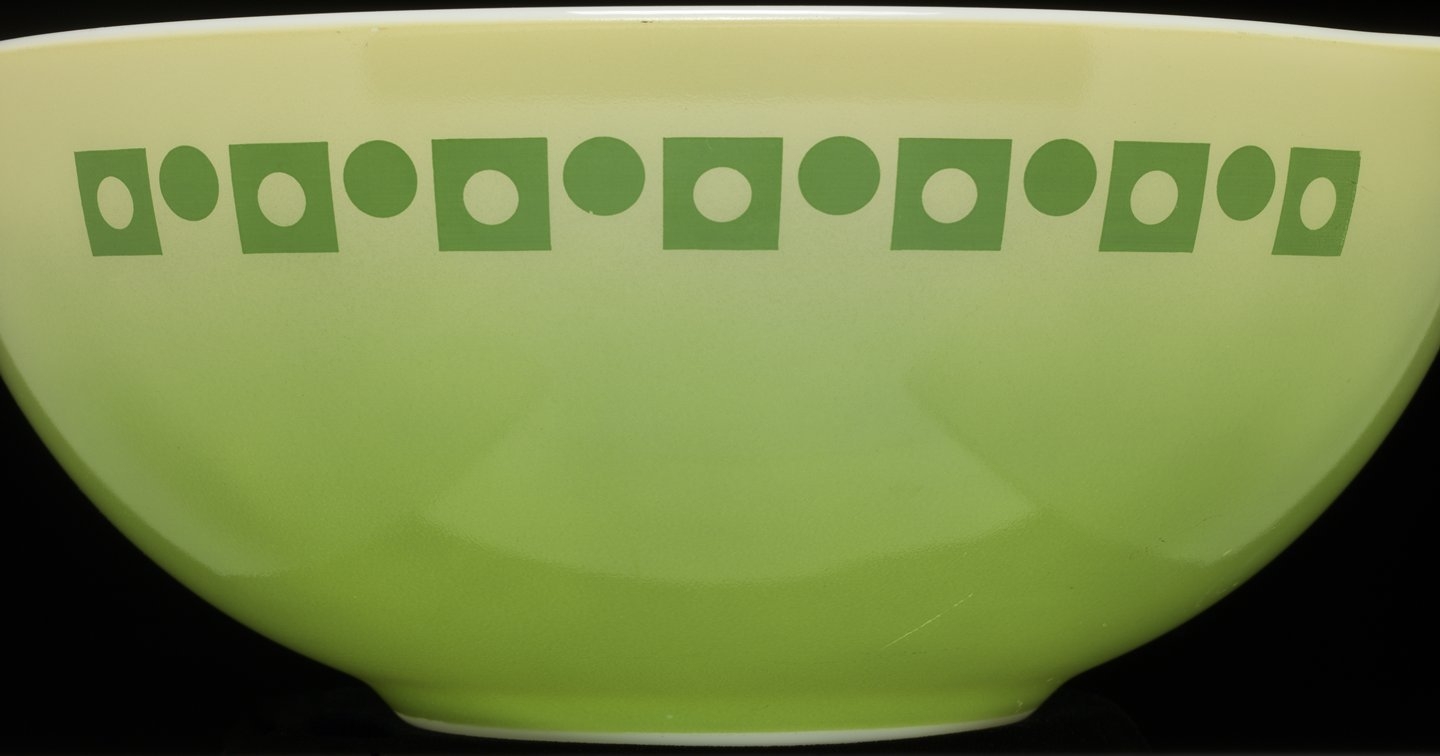 While Green Salad is this pattern’s official name it is also commonly referred to as “Green Dot Squares.”
Green Salad retailed for $3.95 and came with a plastic serving spoon and fork.

The Green Salad Cinderella Bowl was available to the consumer market in late 1971. With its bright lime green color and darker green circle and square pattern along the rim of the bowl Green Salad was an eye-catching addition to the Pyrex opalware collection.

The pattern debuted on the four-quart Cinderella Bowl (444) and came with a bright green serving spoon and fork. Green Salad, also known unofficially as “Green Dot Squares” retailed for $3.95. 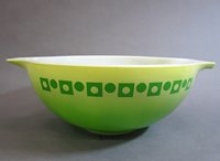