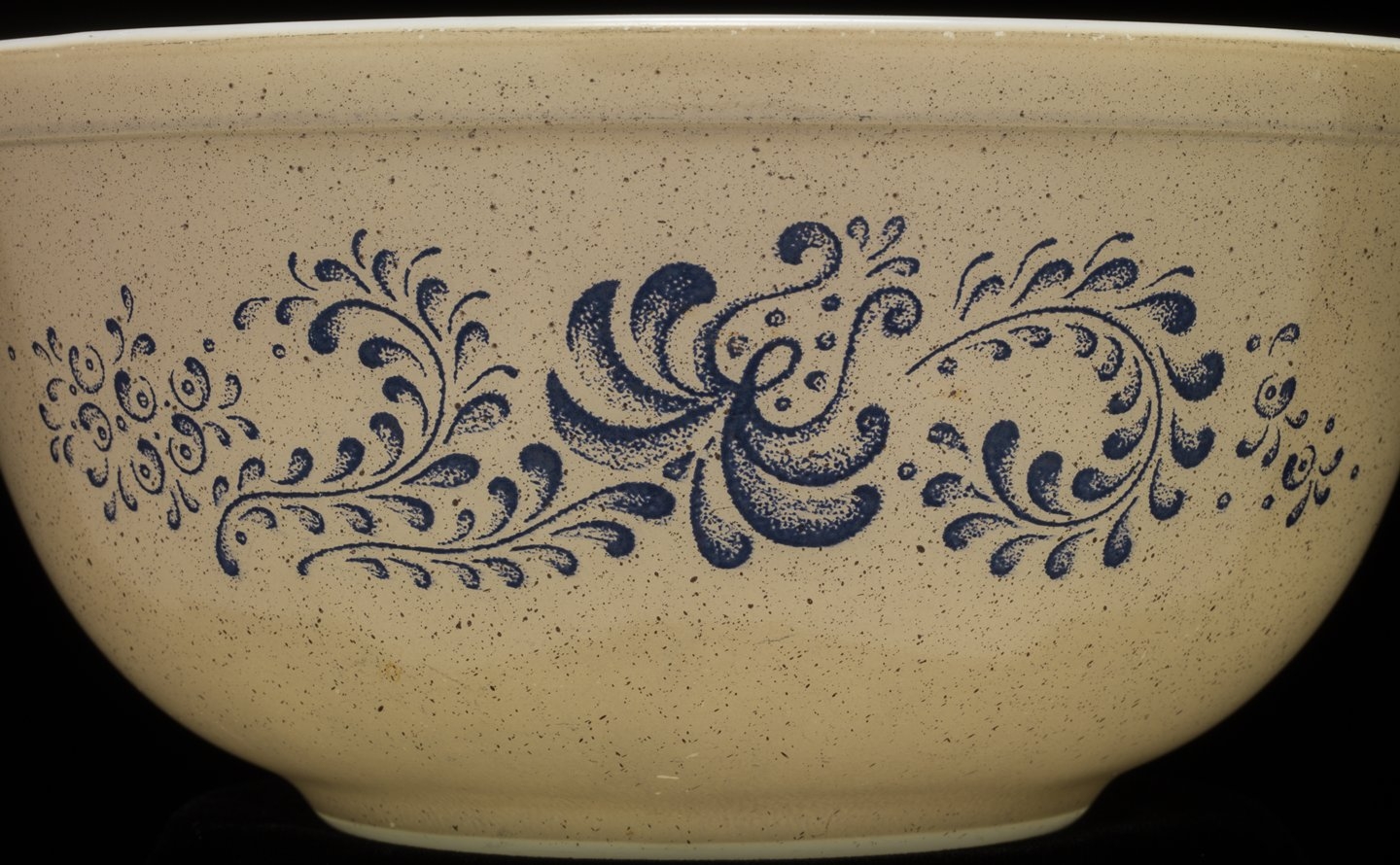 Estelle Rothstein
Pfaltzgraff, another dinnerware company, released a highly successful folk art themed design. Pyrex released Homestead as a response to this Pfaltzgraff pattern as well as to the market trend toward “country living” décor.

The success of the Pfaltzgraff pattern evocative of hand-painted folk art prompted Corning to create the Homestead design. Corning also suggested Homestead would coordinate nicely with the Old Town Blue (Onion) pattern. Designed by Estelle Rothstein in 1976, Homestead was among one of several patterns released in response to the growing interest in country living.

Though Pyrex patterns were limited, availability of a wide array of dishes was still possible. Homestead was released in the 300 and 400 Mixing Bowl sets, the Cinderella Bowl set (441-44), the four-piece refrigerator set (501-03), Round Casserole sets (470 and 480), Bake Ware, and a mug. Other items exist, but with only a speckled beige background and no design.

Homestead was discontinued in 1980 and replaced by Forest Fancies in 1981. 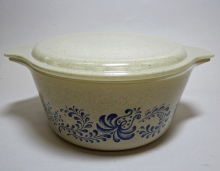 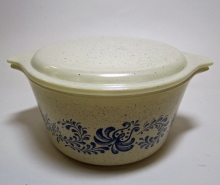 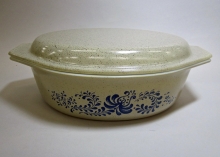 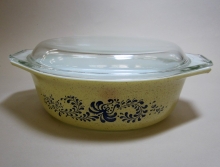 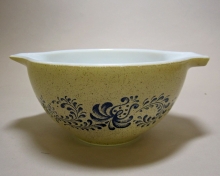 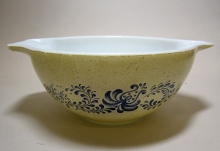 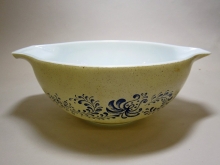 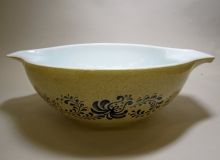 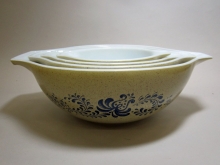 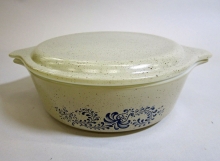 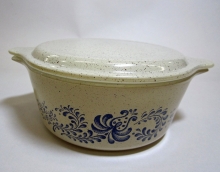 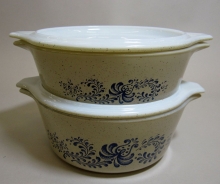 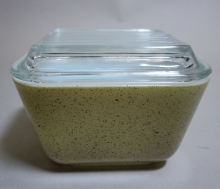 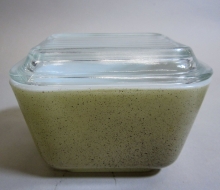 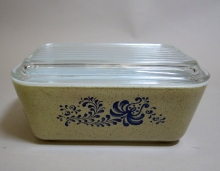 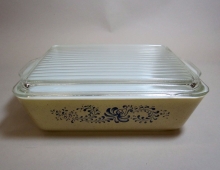 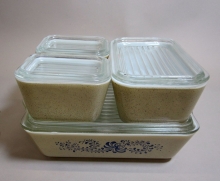 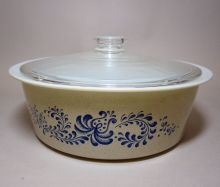 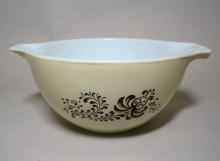 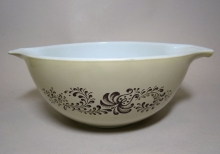 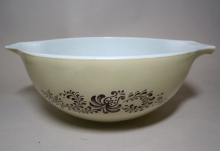 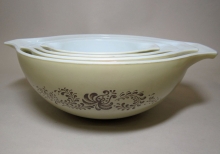 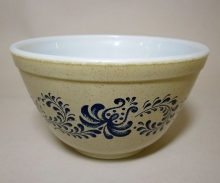 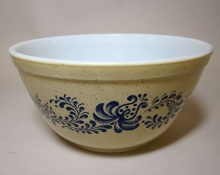 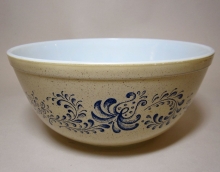 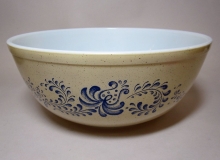 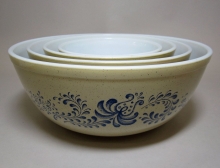