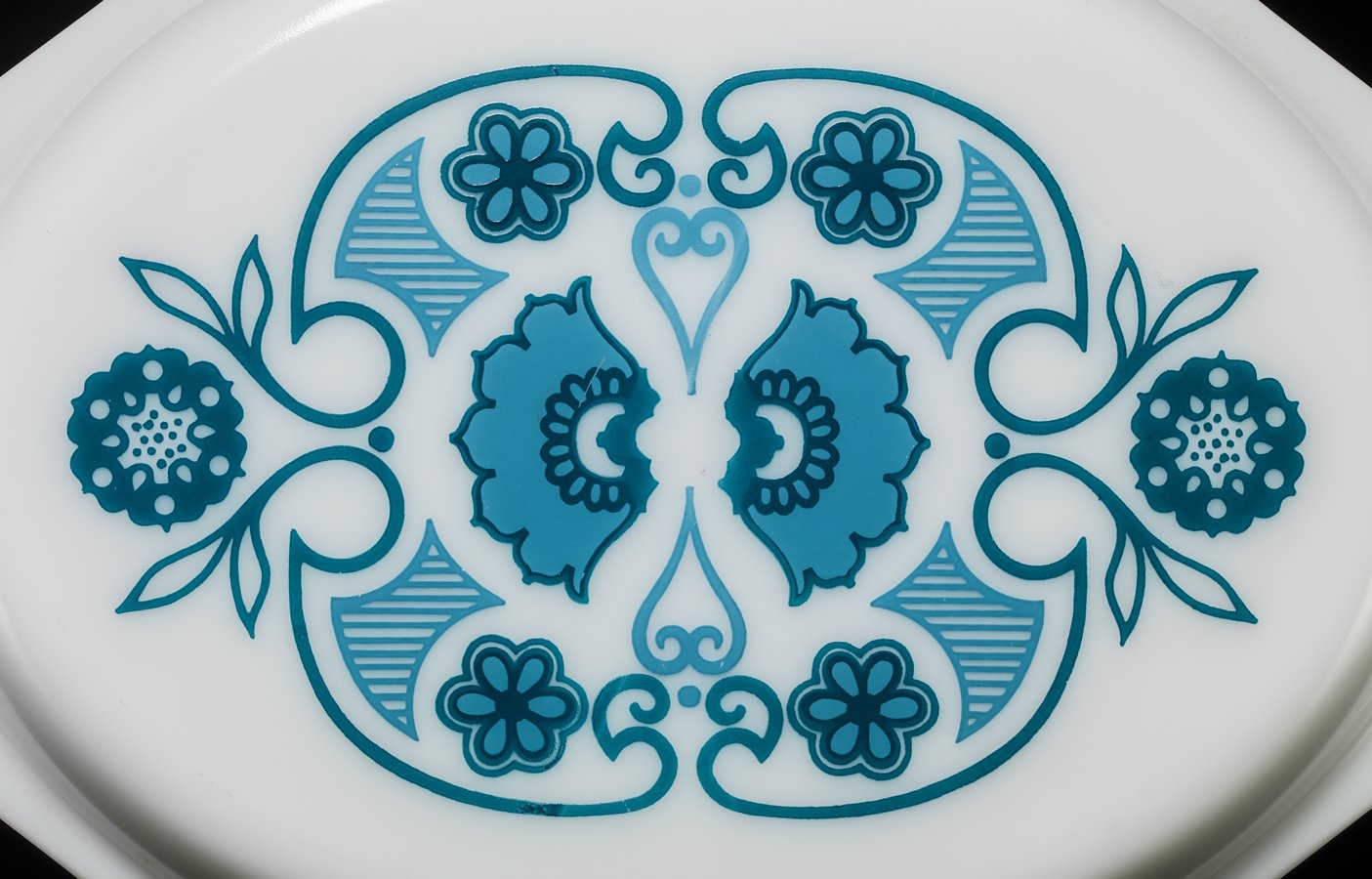 Robert Gibson
Blue Horizon was released shortly after the successful moon landing of Apollo 11 in July of 1969.

The October 1969 issue of McCall’s magazine exclaims, “Next! Horizon Blue Pyrex Ware. Blue is what’s new. And blue is what you’ll be seeing just about everywhere…in fashion, in home decorating, in accessories, It’s sure to make your universe a little bit nicer.”

The advertisement, showing the Horizon Blue collection sitting atop the moon’s surface with Earth in the distance, was released to commemorate the success of the Apollo 11 moon landing in July of 1969.

Horizon Blue was initially produced as a relatively small collection by comparison. The set included the Cinderella Bowl set (440), the three-piece mixing bowl set (300), the Bake, Serve and Store set (470) with clear lids, the three-piece Casserole set (480) with clear lids, the four-piece Oven, Refrigerator and Freezer set (500) with full-ribbed clear lids, and three oval casseroles (943, 945, & the divided 963) with decorated opal lids. After its initial success, Horizon Blue was released as a Bakeware set (330) and as a 10 oz. pixie Casserole (700) in 1971. The Horizon Blue line was discontinued in 1972. 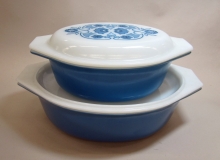 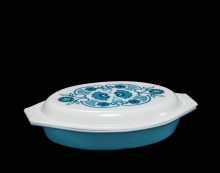 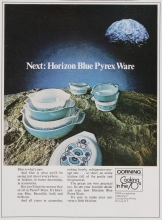