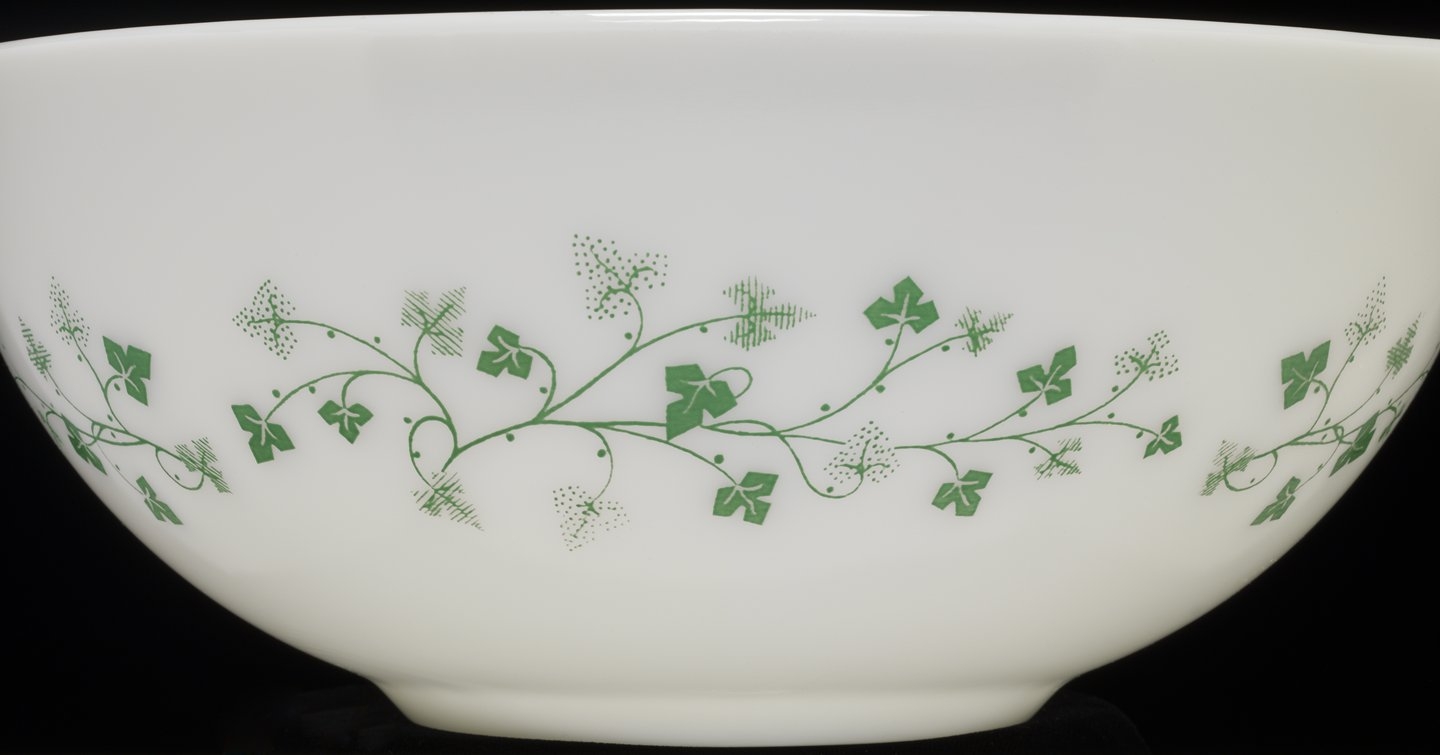 This Chip N’ Dip Set is unofficially known as Green Ivy or Ivy.

Ivy was released as a Chip N’ Dip set in 1962. Known as Green Ivy or simply Ivy this pattern does not have an official name. Included were the 1 ½ pint Cinderella bowl (441) and the four-quart Cinderella Bowl (444), as well as a bracket to hold the small bowl over the large bowl. The bowls are both white with a green pattern of small leaves, sprigs and vines entwining around the bowl.