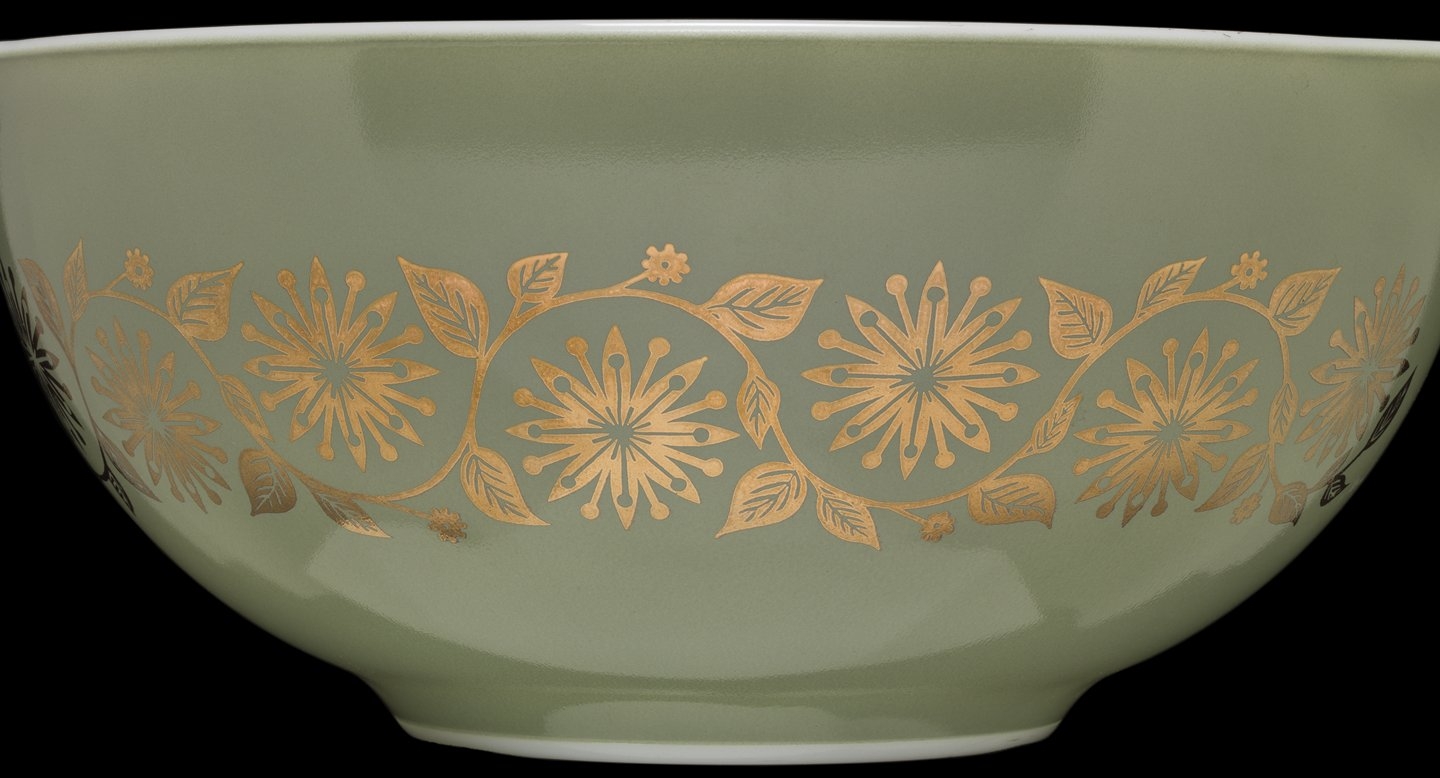 The Medallion Casserole came with a cradle and candlewarmer.

The Medallion Casserole was released on the 2 ½ quart Cinderella Bowl (443). Included was a clear lid and candle-warmer. The bowl is light green and features a gold design of leafy vines twining around sharp, angled starbursts.