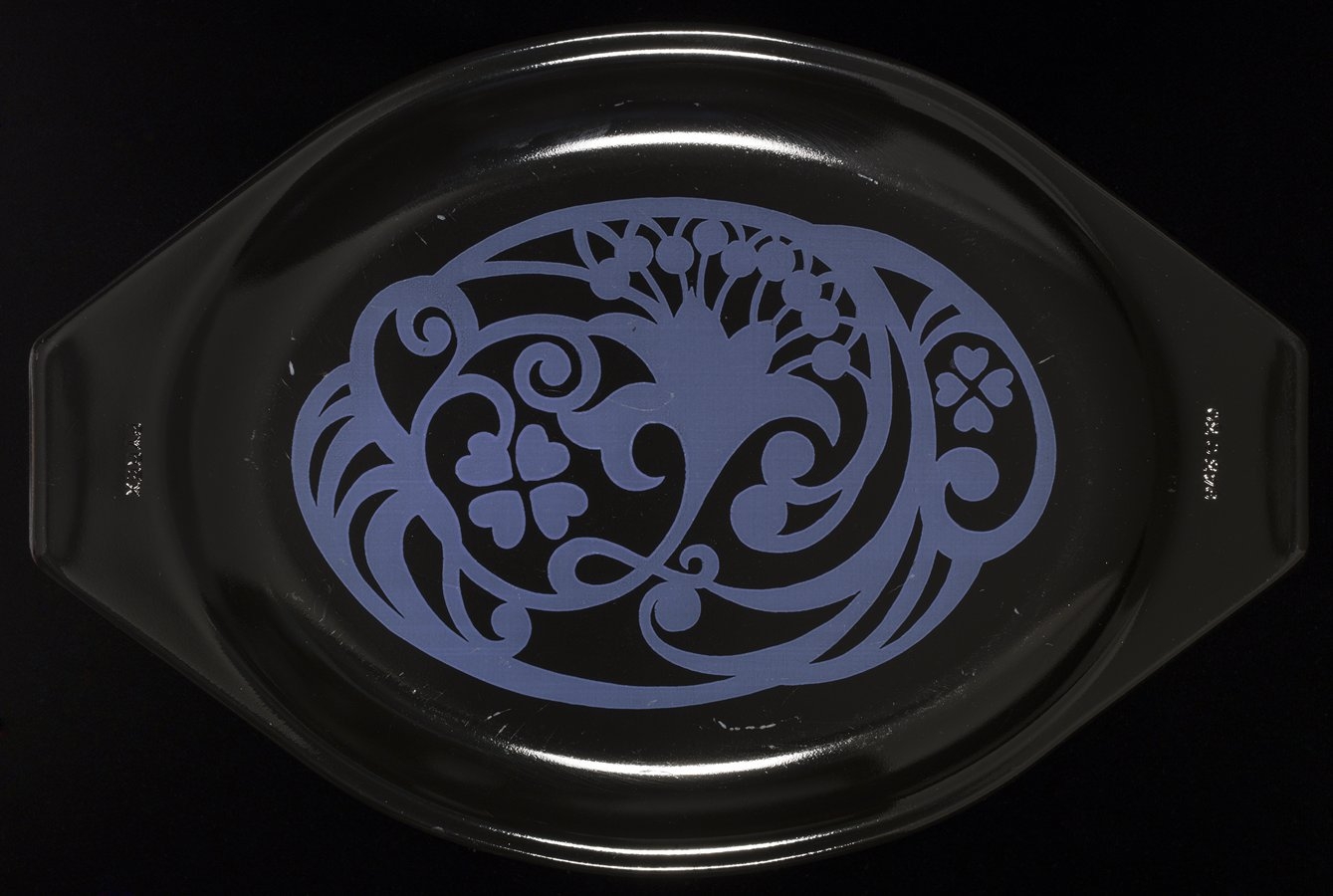 Midnight Bloom is one of the more unusual designs with its black opal ware lid and solid blue casserole dish.

The unofficially named Midnight Bloom was available to the consumer market in late 1970. Released on the 1 ½ quart Oval Casserole (043), Midnight Bloom has a solid blue dish with a black opal ware lid. The deep blue stylized floral design reminiscent of a lily flower is printed on the top of the black lid.  Midnight Bloom’s design is in contrast with the popular bright colors of other designs in the 1970s. 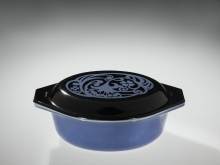