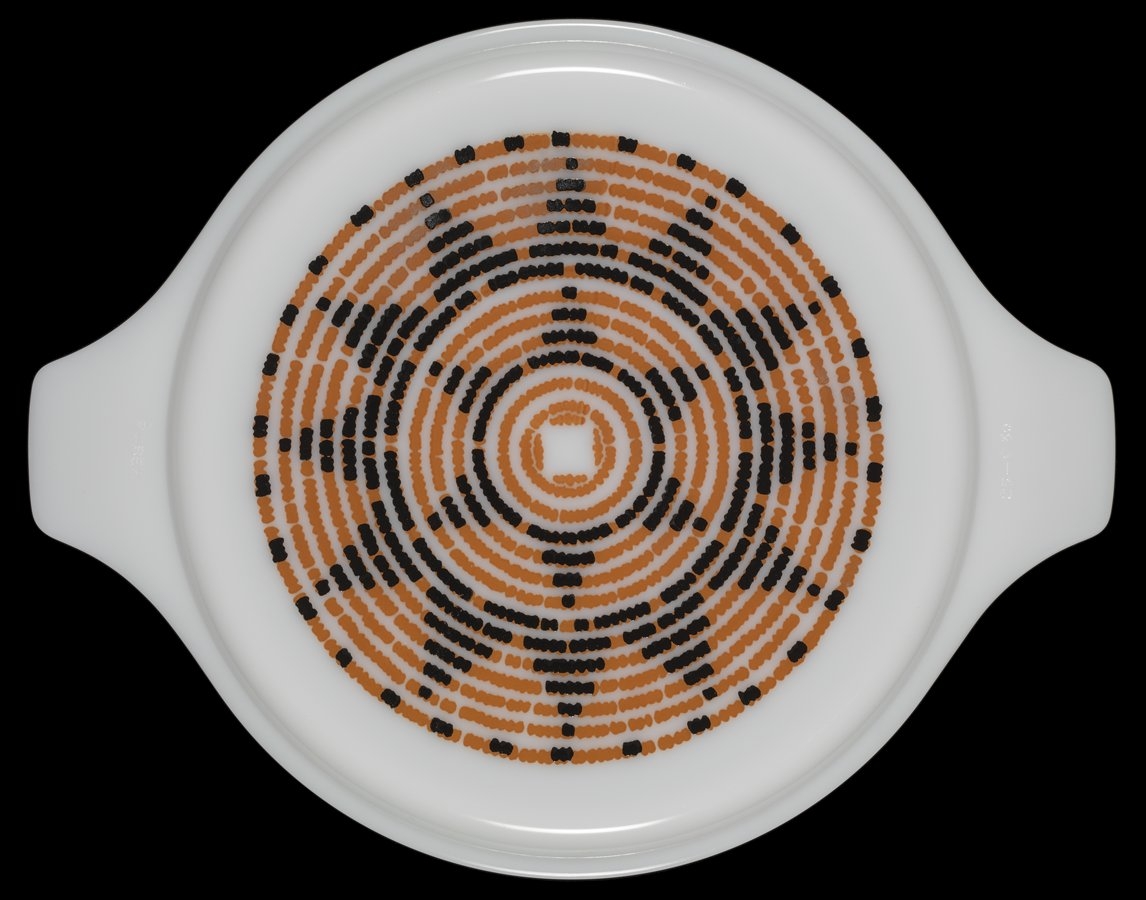 Pueblo was one of the first promotional patterns to include a hugger cradle rather than the more traditional cradles and candlewarmers.

Pueblo debuted on the consumer market in 1974. The 2 ½ quart Cinderella Casserole (475) is a solid gray color with a white opal ware lid designed with an orange and black southwestern style basket pattern.