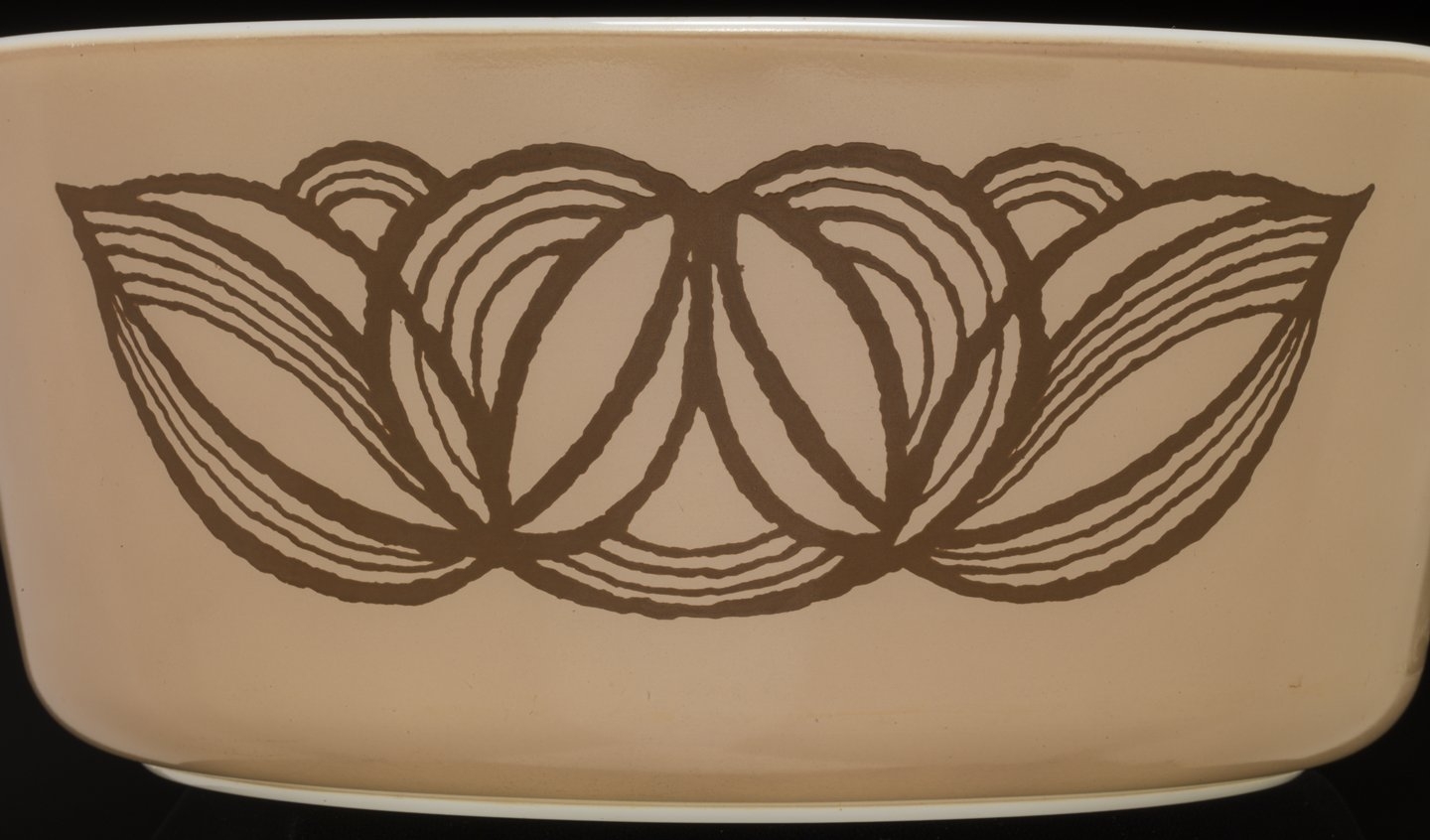 Raffia, along with Español, was the first casserole released with a hugger cradle.
Raffia retailed for $7.95.
Because of its onion-like pattern Raffia is unofficially known as “Brown Onion.”

“Spring’s Here,” exclaimed an article announcing the release of Corning’s newest Pyrex gifts. Included in the 1973 spring gift collection was Raffia, a 2 ½ quart Casserole (475) with a brown plastic hugger cradle.

As the 1970s progressed Pyrex opal ware promotional patterns included small three-legged trivets, under-plates and “hugger cradles,” rather than traditional cradles and candle warmers. Raffia, along with Español, was the first casserole released with a hugger cradle.

When Raffia hit consumer markets in 1973 the dish retailed for $7.95. The casserole was light beige with a dark brown pattern of stylized flowers looking somewhat like onions. Because of this Raffia is unofficially known as “Brown Onion.” The white opal ware lid has a pattern of brown concentric circles.