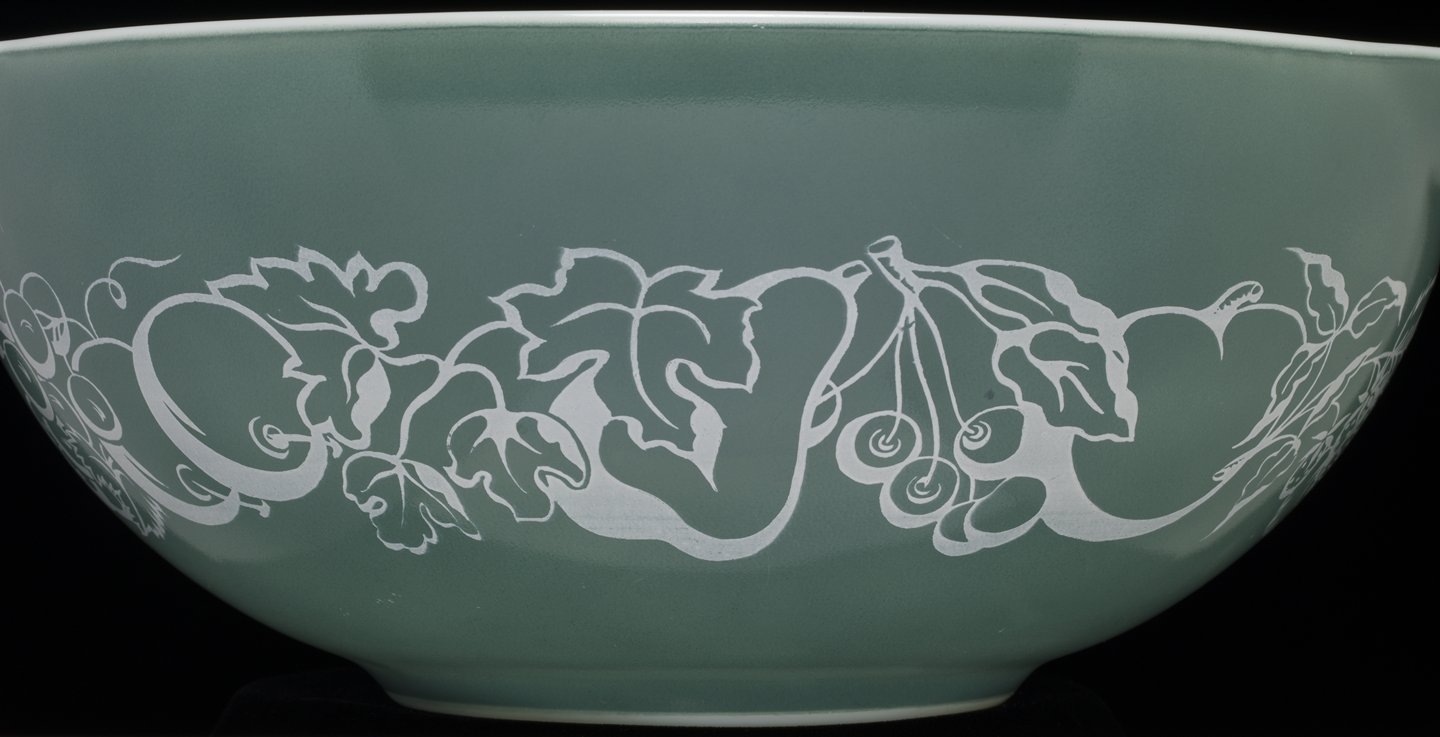 The bowl is solid green and feautures a design of white outlined salad fixings, from leaves to tomatoes.