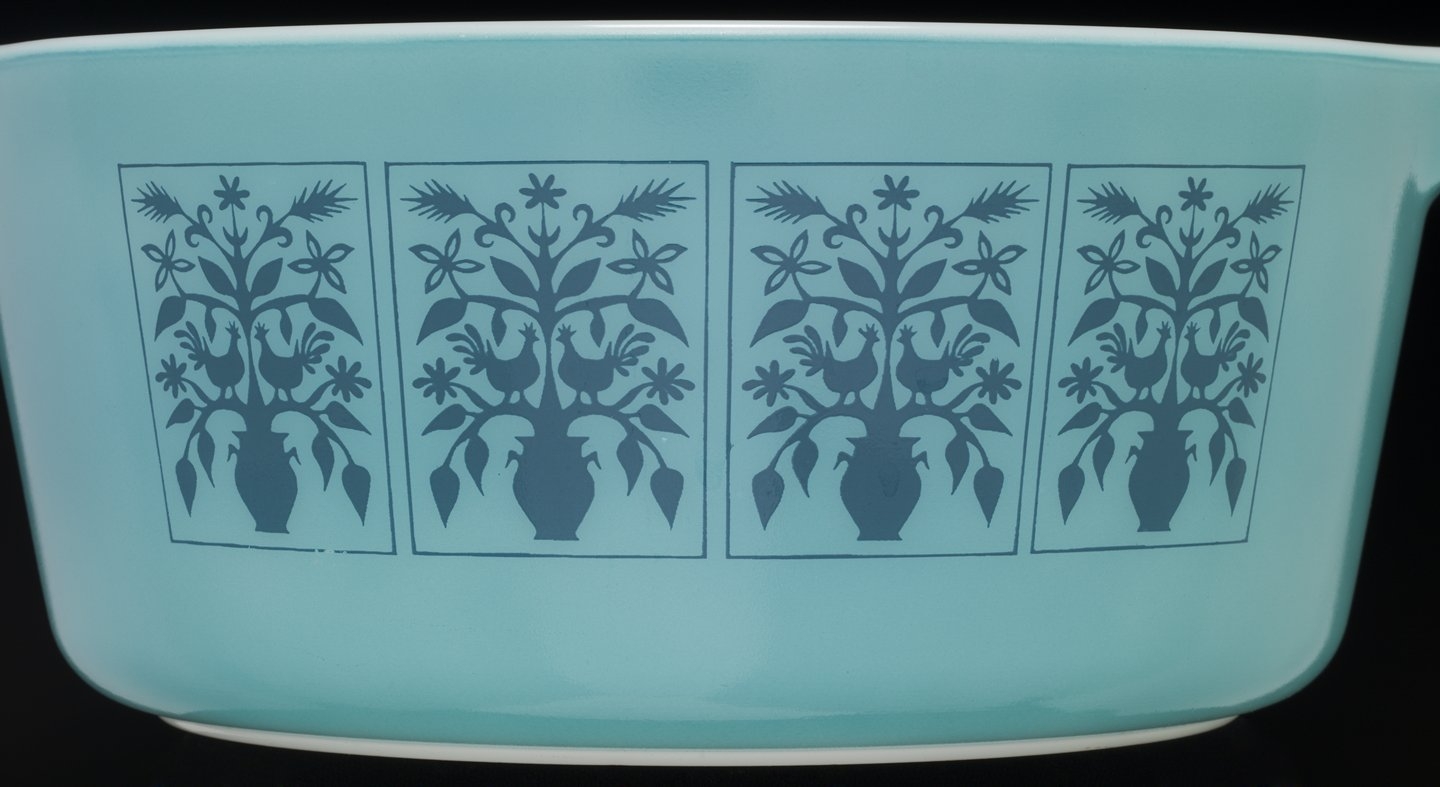 While Saxony is the official name of this pattern, it is also known as “Tree of Life.”
Saxony retailed for $6.95.

Saxony was released in late-1967 on the 2 ½ quart Cinderella Casserole (475). The light blue dish has a printed dark blue pattern of repeating square tree motifs. The Casserole came with a cradle and candle warmer. Saxony is unofficially known as “Tree of Life.” 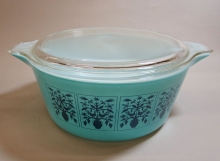