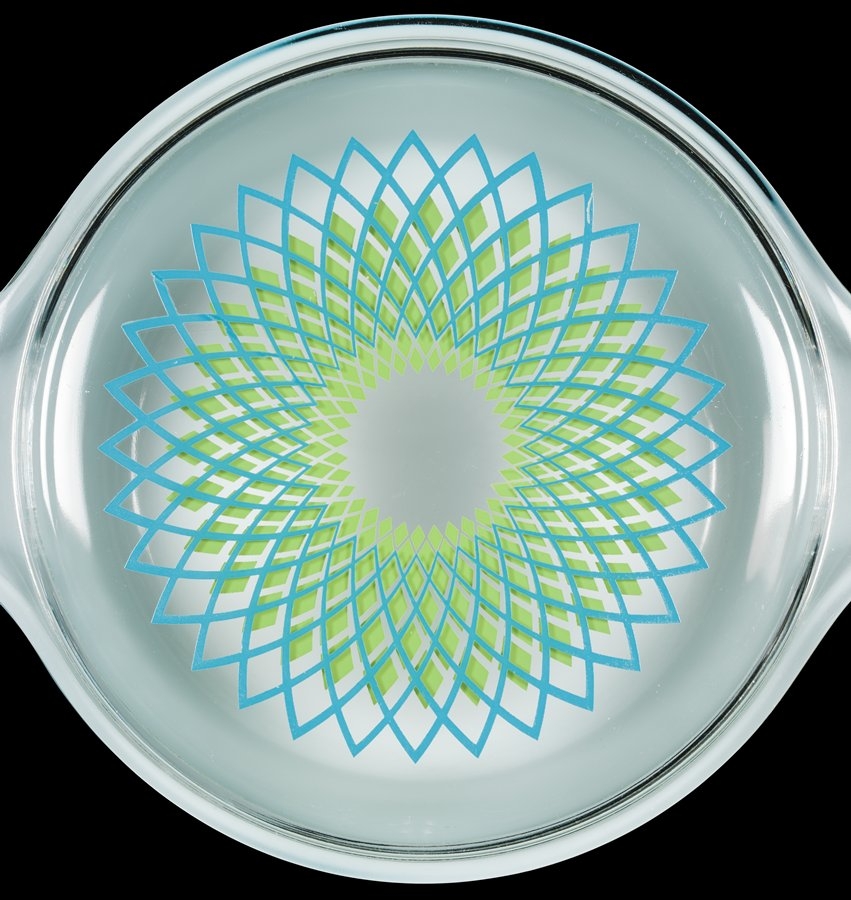 Spirograph was the unofficial name of this pattern.
Spirograph, along with Nouveau Floral, was the first promotional pattern released with an under-plate style trivet.

“Put all the warm colors of this line on display…” suggests a 1969 dealer catalog. The release of the “New Gift Line” in late-1969 saw some bold new pattern designs including the unofficially named Spirograph. “Corning Welcomes you to cooking in the 70s.”

Spirograph was advertised as the 2 ½ quart Round Casserole with Trivet (475) and retailed for $5.95. Spirograph, along with Nouveau Floral, was the first promotional pattern released with an under-plate style trivet. As the 1970s progressed Pyrex opalware promotional patterns included small three-legged trivets, under-plates and “hugger cradles” rather than traditional cradles and candle warmers. 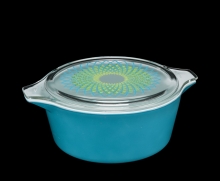