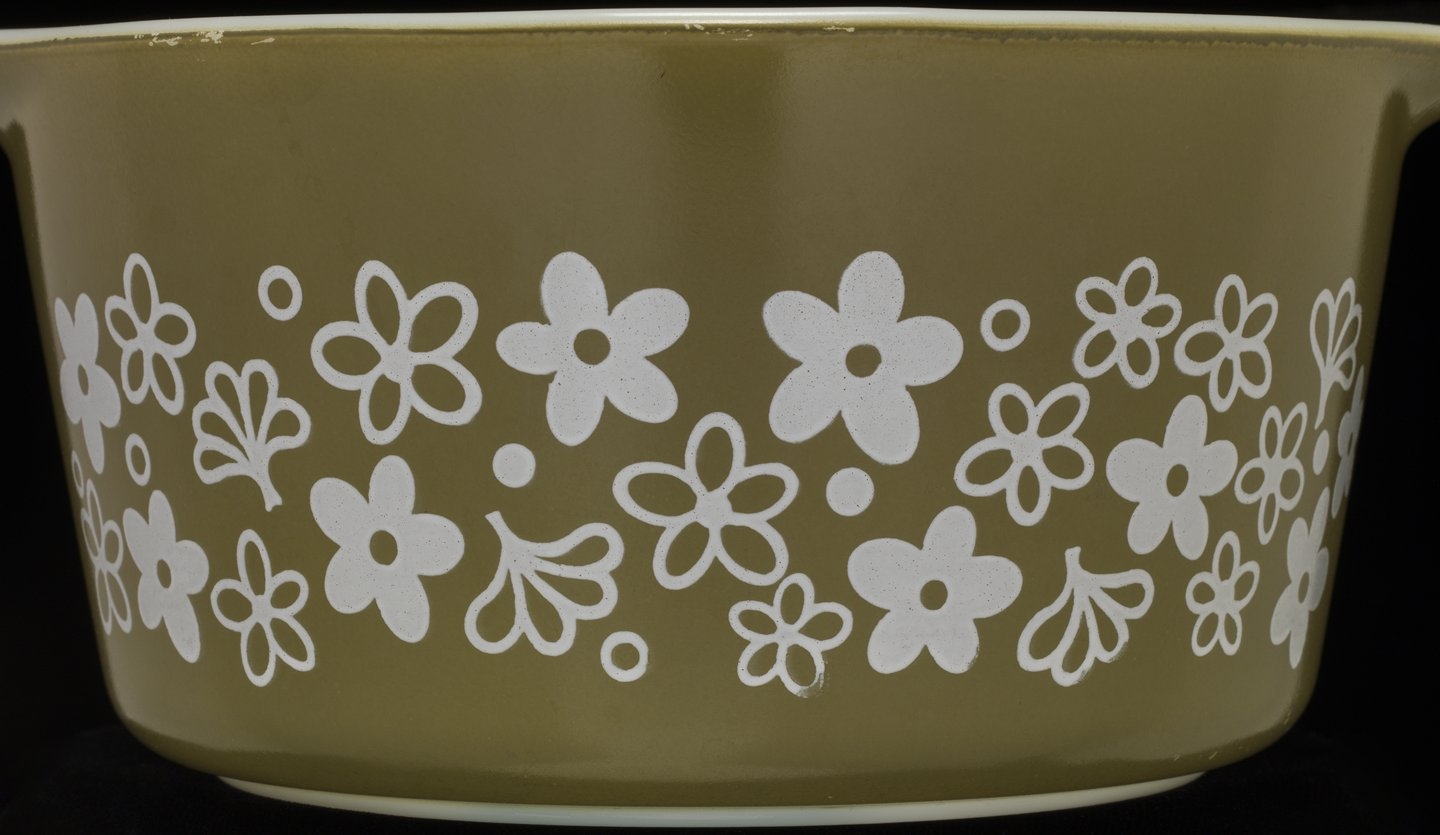 “Time to go shopping,” stated the headline of The Gaffer, Corning Glass Works’ employee newsletter. On the front page of the November 1972 Gaffer there is a picture of Spring Blossom Green, one of the patterns designed as a Pyrex Compatible for the corresponding Corelle Dinnerware pattern.

A 1974 trade catalog declares, “Almost everybody has Pyrex ware in some size, shape, color, or decoration. All decorated brightly and boldly to go with your kitchen décor. Pyrex ware is so compatible there’s a complete line designed to go with Corelle Livingware.”

Spring Blossom Green was released in an era of new sizes and shapes in Pyrex ware. Not only was it released on standard dishes such as the 300 and 400 series mixing bowl sets, but also on a sugar and creamer set, a covered butter dish, and a salt and pepper shaker set. New releases also included the 8 and 12 oz. glas-snap tumblers as well as the one and 1 ½ quart serving pitcher.

As one of the most popular patterns, Spring Blossom Green was on the consumer market for nearly a decade, having been released in two iterations. The first of which was available between 1972 and 1979. Capitalizing on popular trends the alternating background colors were white and avocado green with clusters of large flowers, leaves, and dots. 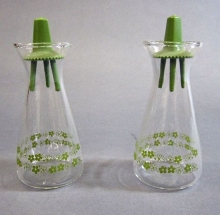 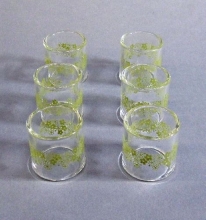 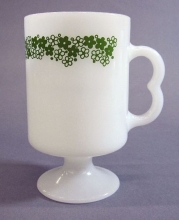 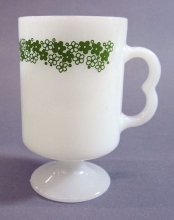 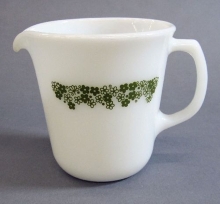 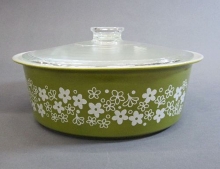 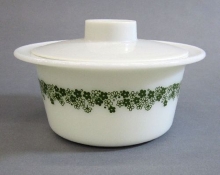 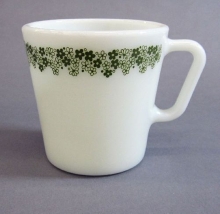 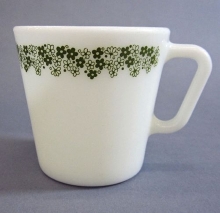 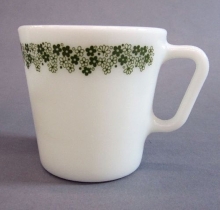 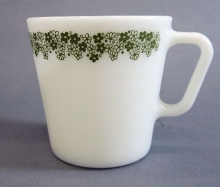 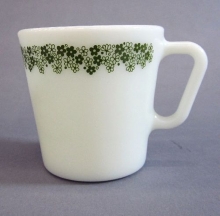 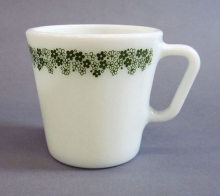 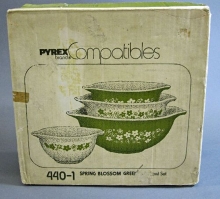 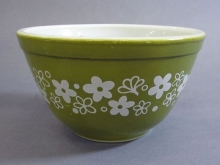 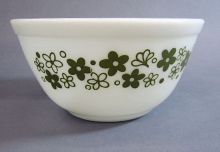 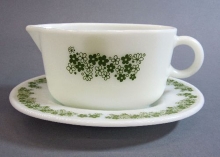 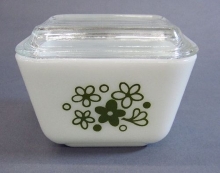 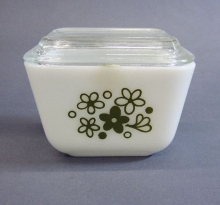 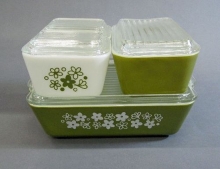 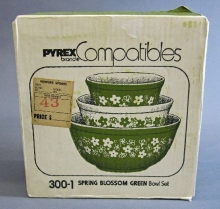 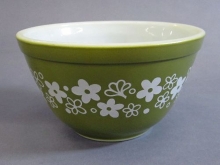 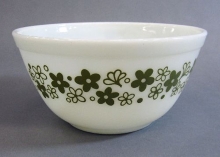 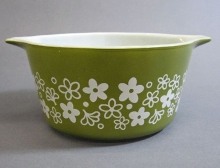 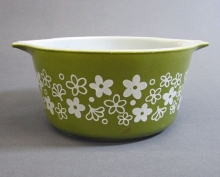 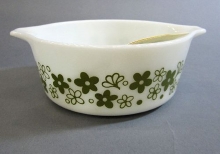 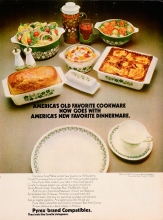