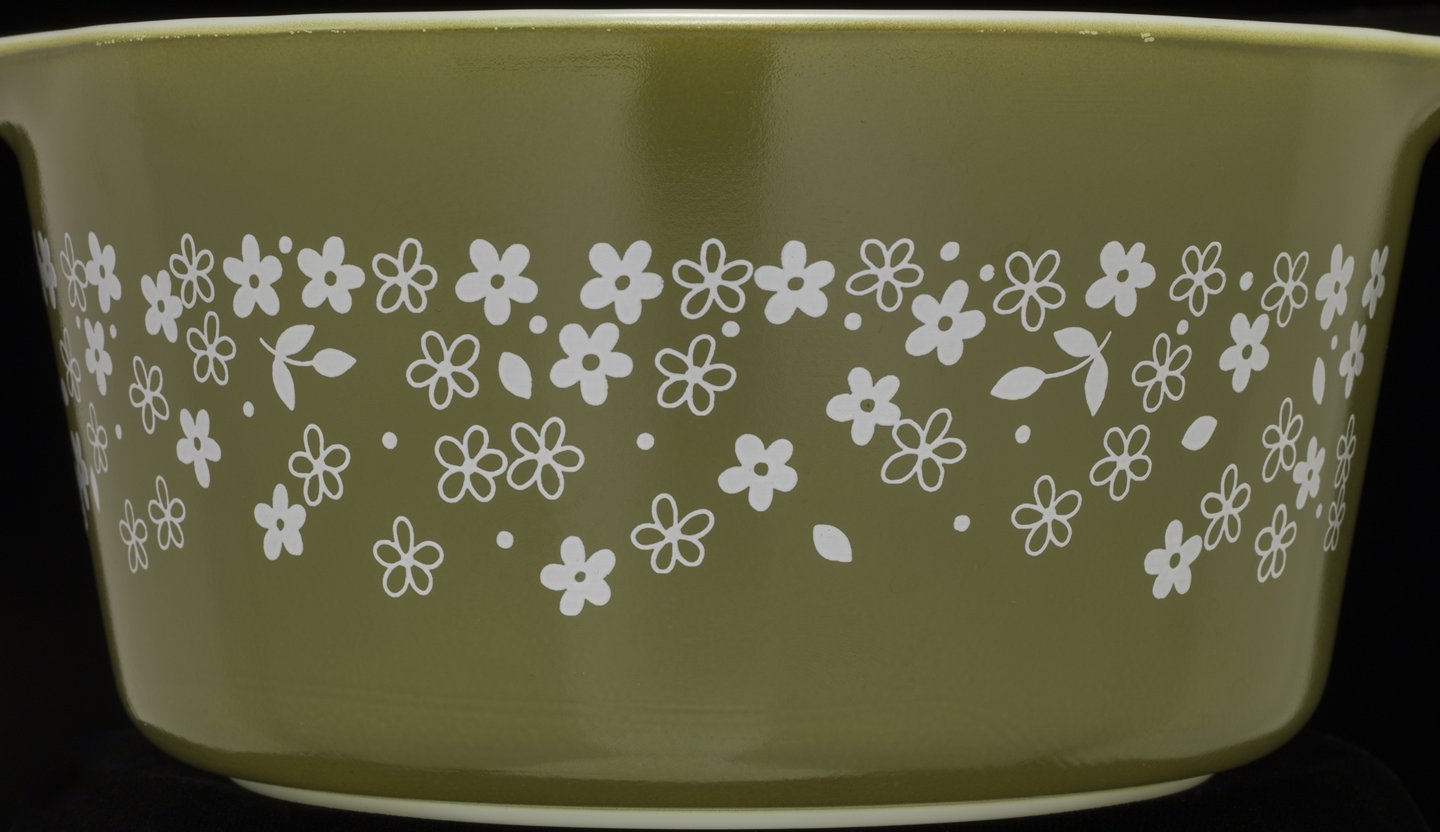 “Pyrex ware. We all depend on it,” claims a 1979 Trade Catalog. Newly redesigned, Spring Blossom Green made its second debut in the second half of 1979, continuing on as a Pyrex Compatible to the corresponding Corelle Dinnerware.

Included in the 1979 release were the 300 series Mixing Bowls, 4 piece Cinderella Mixing Bowl Set (440), and the 470 and 480 Round Casserole Set. The 474 and 475 casseroles were also sold as separates as well as in the set. Consequently, two versions of the 474 casserole exist.

As with the 1972 version of Spring Blossom Green collectors often refer to the 1979 iteration as “Crazy Daisy,” though that is not this pattern’s official name. With its discontinuation in 1981, Spring Blossom Green was one of the longest patterns available on the consumer market, spanning nearly a decade. 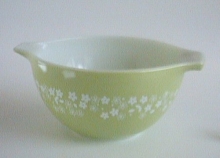 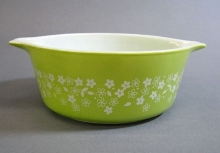 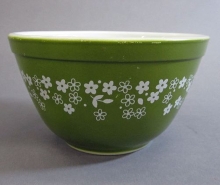 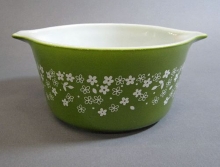 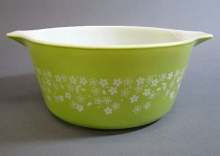