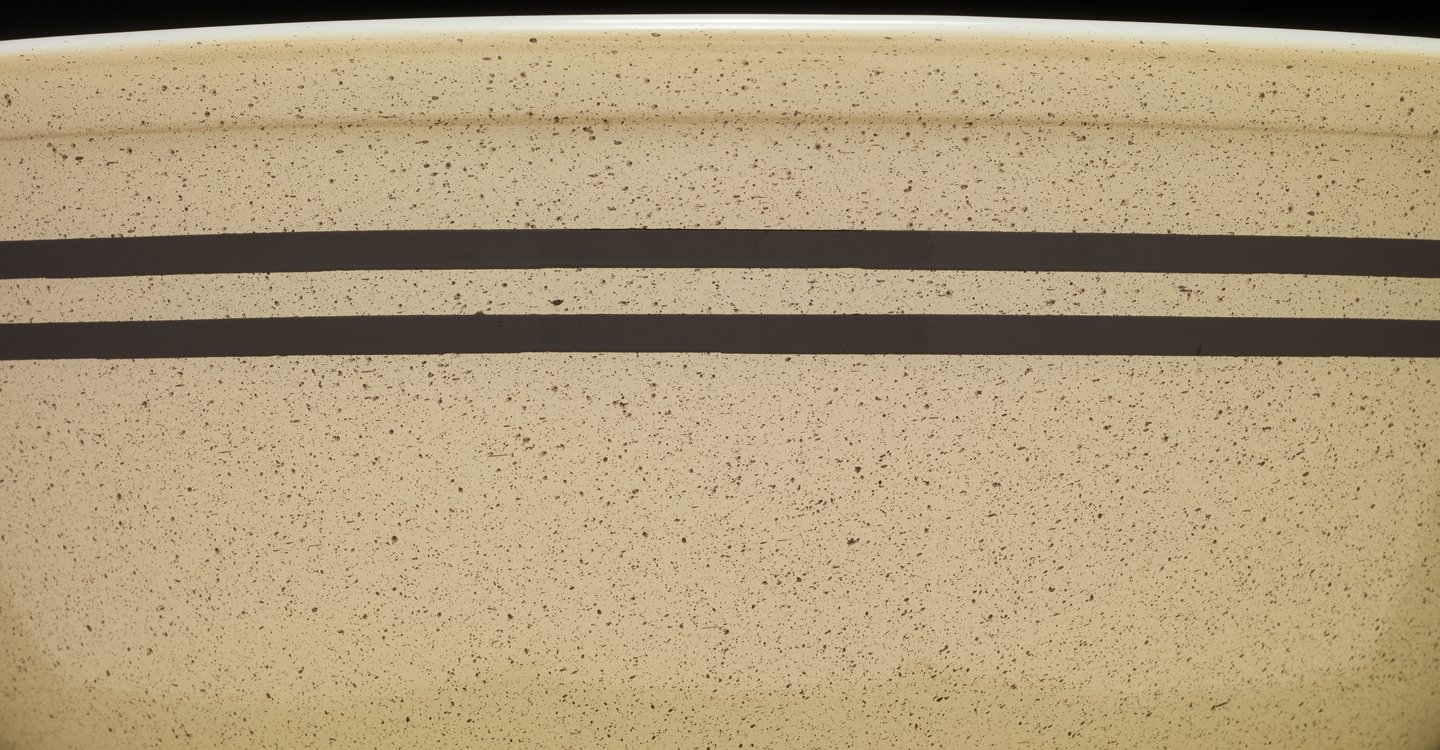 The Stack N’ Snack Set is part of the Hospitality Collection.
The traditional 404 bowl is paired with the non-traditional 10 oz. 708 bowl.

The Stack ‘N’ Snack Set was released in 1980 and is unofficially known as Speckled Lines. The 1980s version of a Chip N’ Dip, this set included the four-quart mixing bowl (404) and the ten-ounce Bowl (708), as well as a wooden serving coaster that attached to the large bowl on which the ten-ounce bowl perched. The 708 bowl is not a standard size, but was borrowed from the PYREX restaurant line. This set is part of the Hospitality Collection along with the two new Bake N’ Carry casseroles.