William Curtis
Terra, meant to mimic the look of earthenware, is one of the most unique designs ever released on opal Pyrex. William Curtis, the designer of the Terra pattern, won an award for his concept.
Terra was the first pattern released on both ovenware and tableware.
The production cost and shelf cost of Terra proved to be too high and was discontinued after only one year on the market.

Corning’s advertising was national in scope and promoted Terra as a new look for Pyrex dishes: “This is Terra! New, earthenware look, new texture—happiest gift choice for those who make art of serving, cooking, and decorating. You might suppose Terra was ancient and handcrafted, but for the modest prices. Its earth tones, its clean lines and its versatility make it contemporary as well as classic.”

Introduced in 1965, Terra was the first of the opal Pyrex patterns released on both ovenware and tableware. Yet even with a combined product release Terra was still only available on a limited number of items. There was the Mixing Bowl set (400), the Round Casserole set (470), the Dinnerware collection, and a 1 ½ quart mixing bowl released as a promotional item.

Terra was short-lived as it was difficult to produce, had high production costs, and a high shelf price. The process to create this design involved applying the brown background and firing it on followed by the application of the charcoal overspray via an automatic scratching technique. The goal was to create the effect of a potter’s wheel application known as graffito.  Corning even trademarked the name Graffito, but ended up going with the more evocative descriptor, Terra.

The unique matte finish of Terra was easily scuffed and dulled after being cleaned or stored. With this, and its high production costs, Terra was discontinued after only a year on the market. 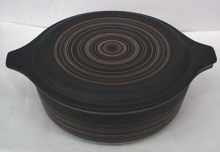 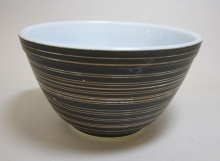 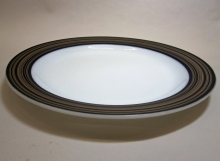 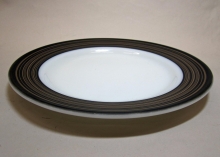 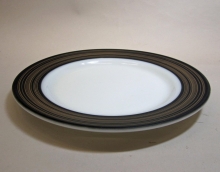 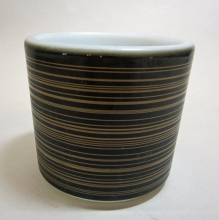 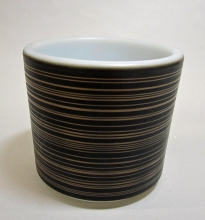 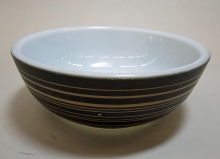 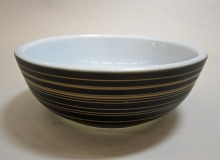 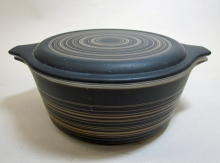 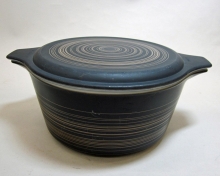 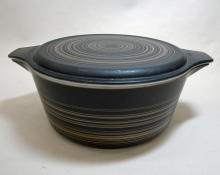 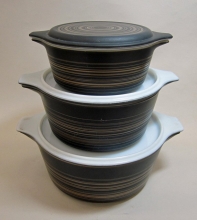 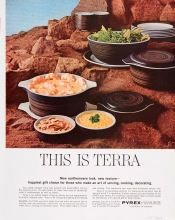