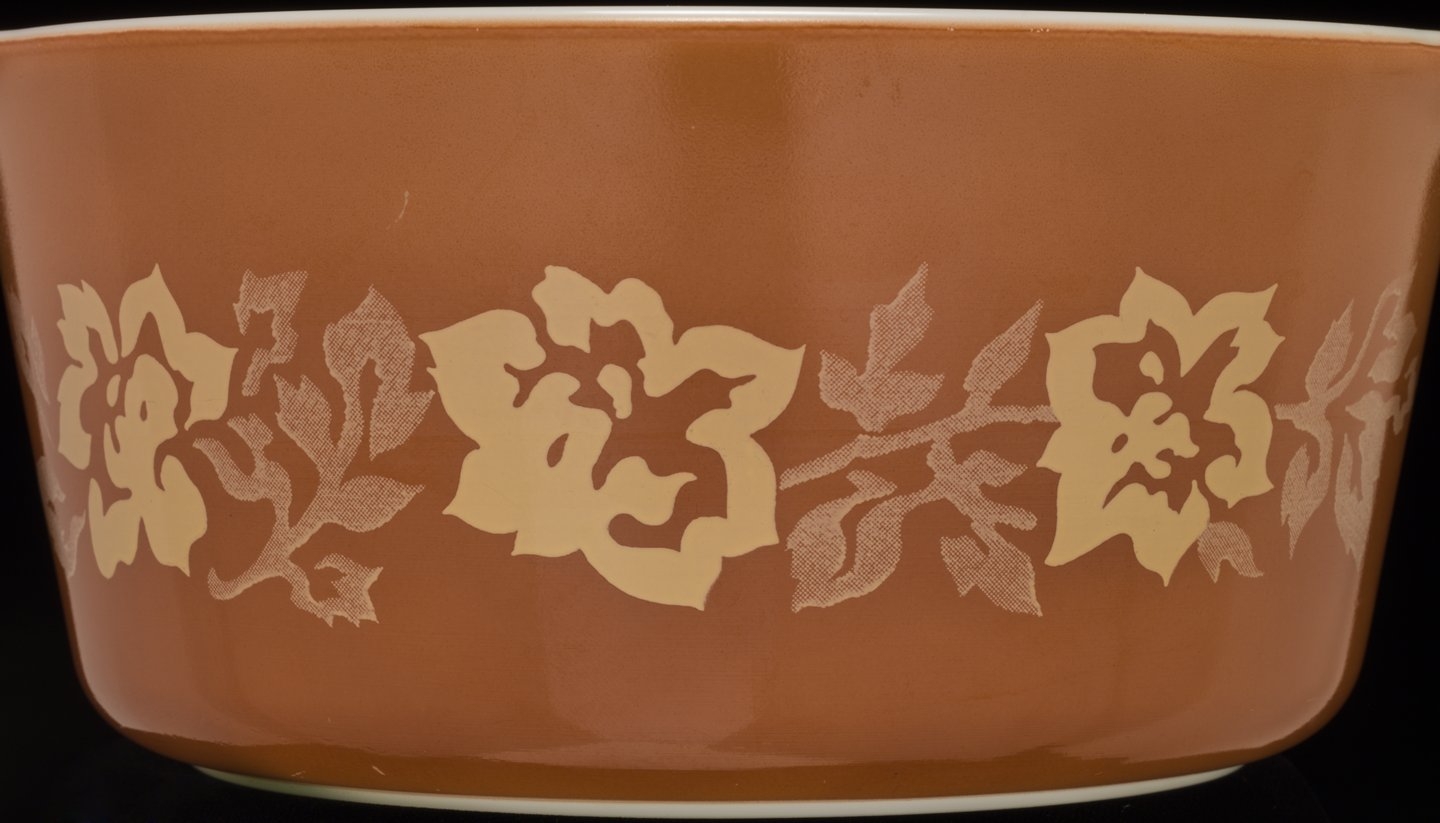 Terra Cotta Rose was part of the 1978 “Designer Collection.”

The late 1970s saw a decline in the production of Pyrex opalware. Cookware needs and fashions were changing and Corning Glass Works began to release promotional patterns as part of “collections” rather to coincide with seasonal events.