Trailing Flowers or Sprig (from the Hospitality Collection) 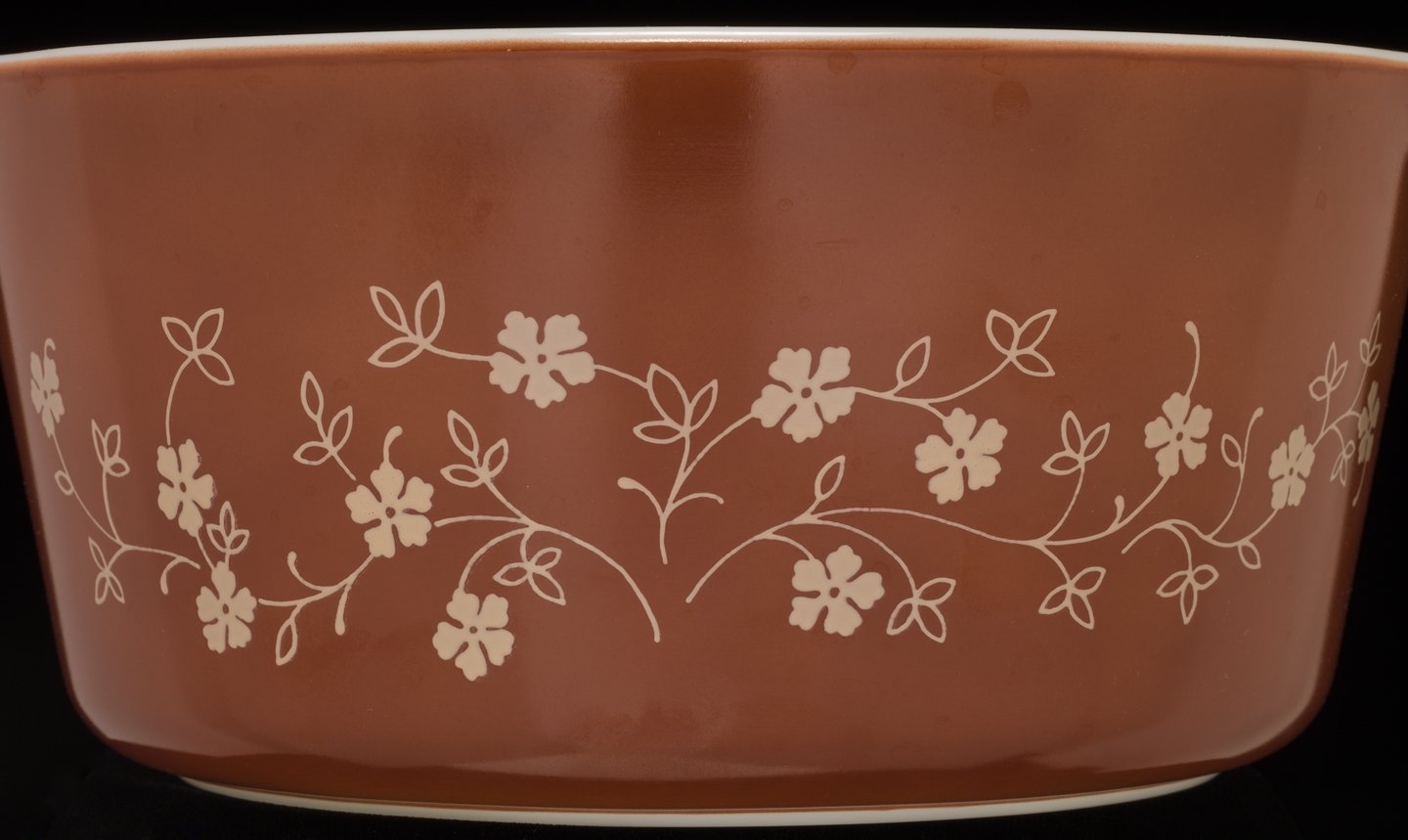 By the time the new Bake ‘N’ Carry was released in 1980 as part of the Hospitality Collection consumer interest in opal Pyrex ware had decreased. As of 1980 fewer opalware products were being produced. Bake ‘N’ Carries were released in several patterns, the first of which is unofficially known as “Trailing Flowers.”

Trailing Flowers was released on the 1 ½ and 2 ½ Round Casserole (474, 475). The 474 casserole was red with a pattern of cream flowers and vines. The 475 casserole was beige with the same pattern in red. Both casseroles came with a quilted snap-on cozy, meant to make carrying a hot dish easier.