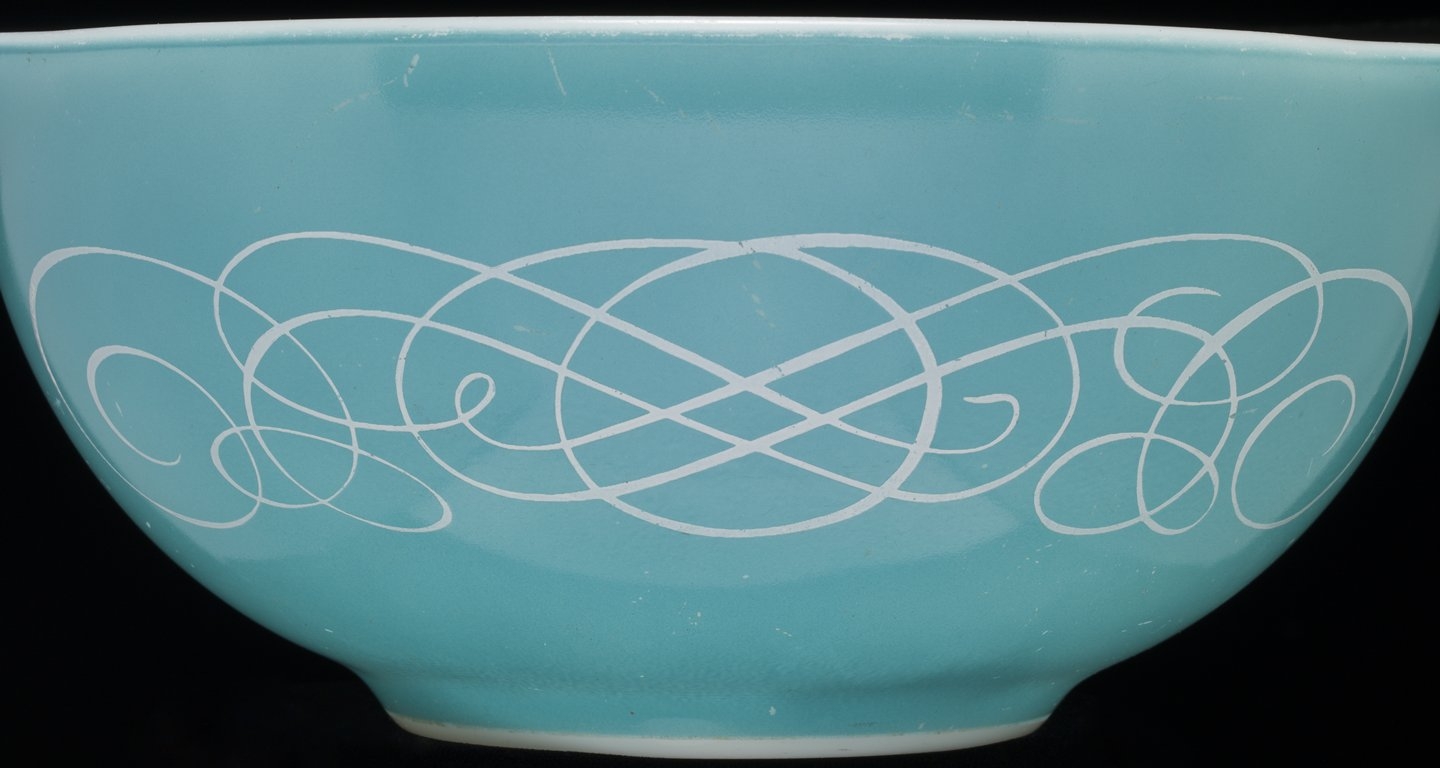 Turquoise Scroll is the unofficial name of this pattern, released only as a 2 ½ quart Cinderella Bowl (443), which included both a clear glass lid with knob and a cradle with candle-warmer.