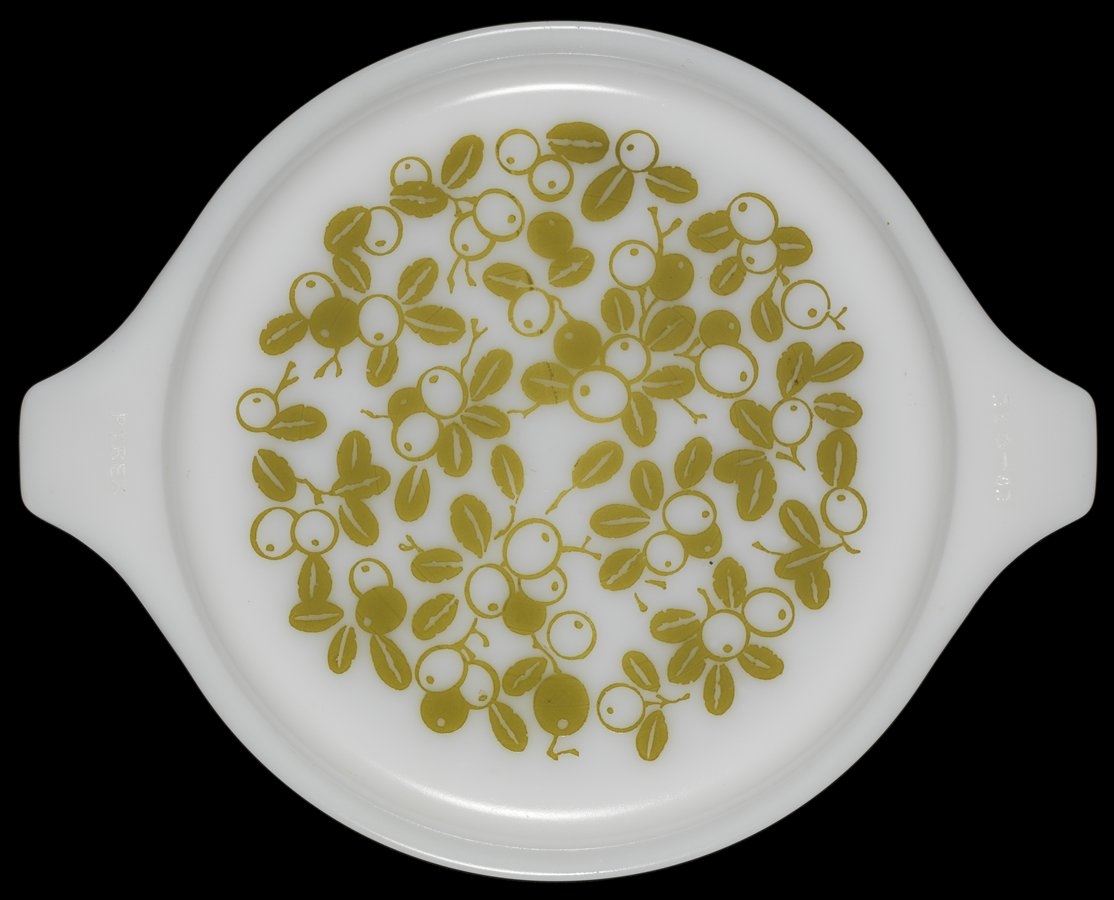 Cynthia Gerow
Multiple versions of Verdé were released concurrently.
The square floral design of Verdé was borrowed from an earlier pattern called Autumn Floral.
New items were continuously added to Verdé due to its popularity.

A 1967 advertisement announced the arrival of Verdé: “Now Pyrex Ware goes Continental. Verdé. Verdé! The newest look in Pyrex Ware. In the contemporary avocado colors you want: striking blends of rich greens that reflect the flavor and grace of the Continent…This year go continental in Verdé!—it’s Pyrex Ware of another color.”

Verdé offered consumers a new color choice in a wide range of kitchen and ovenware pieces. While only the version of solid avocado greens with patterned opal lids appeared in catalogs, a concurrent version of Verdé was released, but with patterns in abundance. The opal lid of the version in the catalogs was strewn with green hued olives and leaves. The version of Verdé not released in catalogs has white dishes with a square flower design, borrowed from Autumn Floral. A full collection of both designs was released.

Over the five years that Verdé was available, new items to the collection were added, including avocado green Drinkups, storage containers, juice servers, the Pixie Casserole, and a salt & pepper set.

Verdé in both its forms was discontinued in 1972. 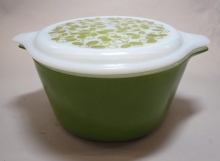 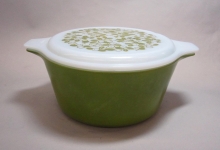 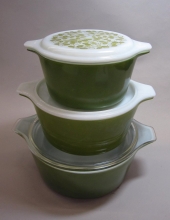 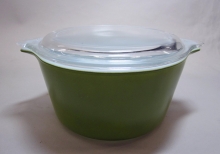 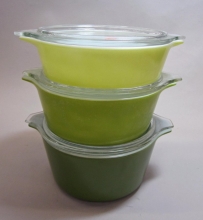 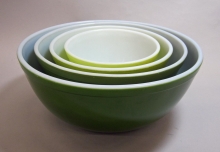 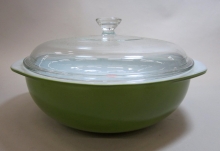 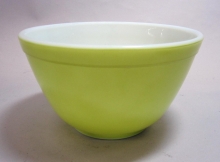 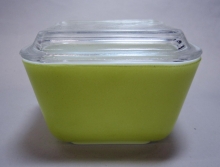 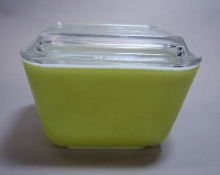 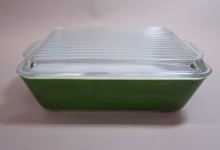 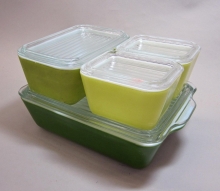 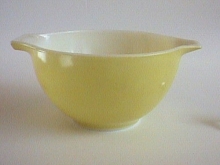