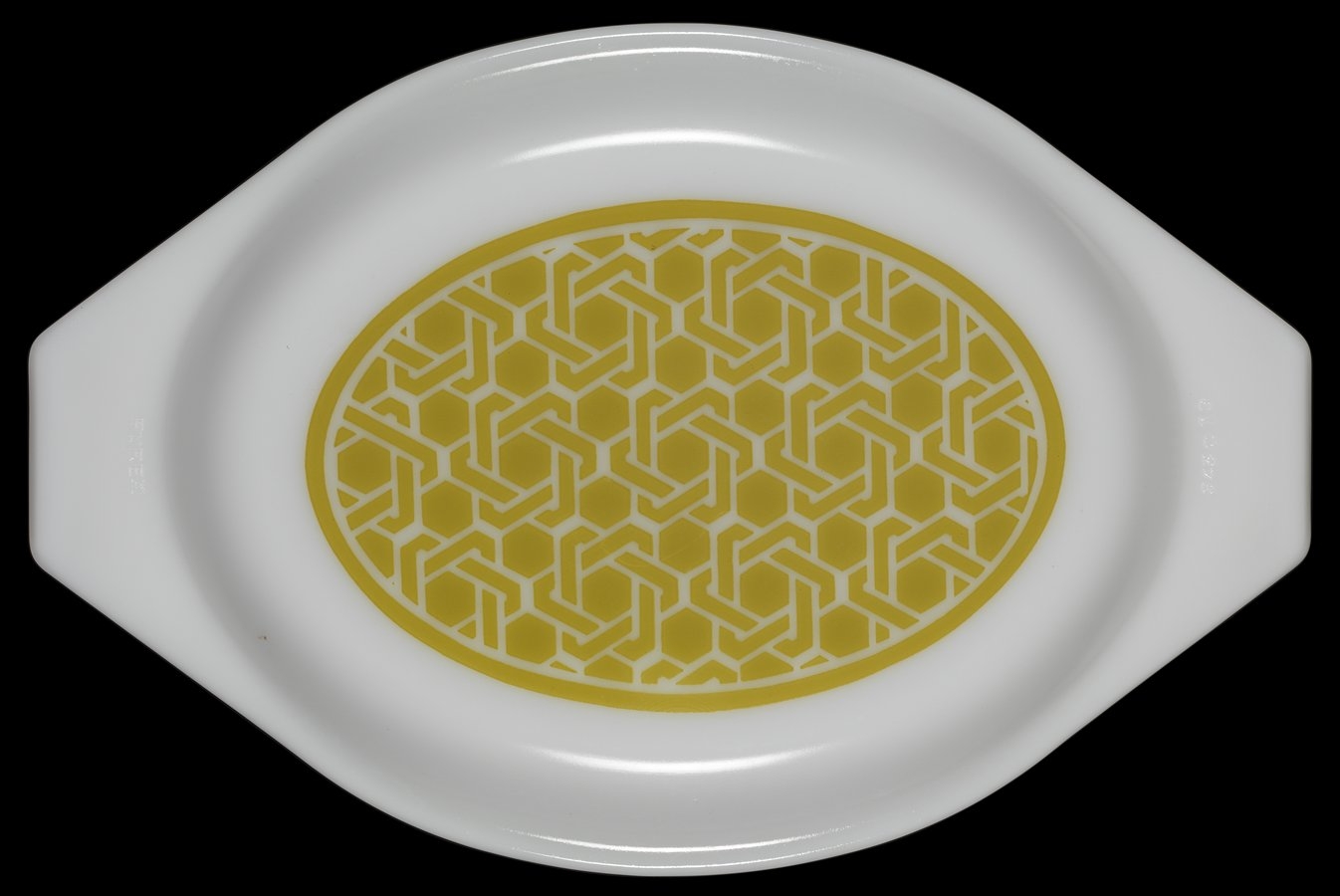 With unofficial names such as Wicker, Weave, Thatched, Geometric and Woven, Basket Weave is one of the most highly nicknamed patterns in Pyrex opal ware history.

Basket Weave was released on the consumer market in 1970. The 1 ½ quart Oval Casserole (043) is a solid chartreuse green color with a white opal ware lid decorated with a green basket weave pattern.

Unofficially known as Wicker, Woven, Thatched and a myriad of other names, Basket Weave included a cradle with candlewarmer.