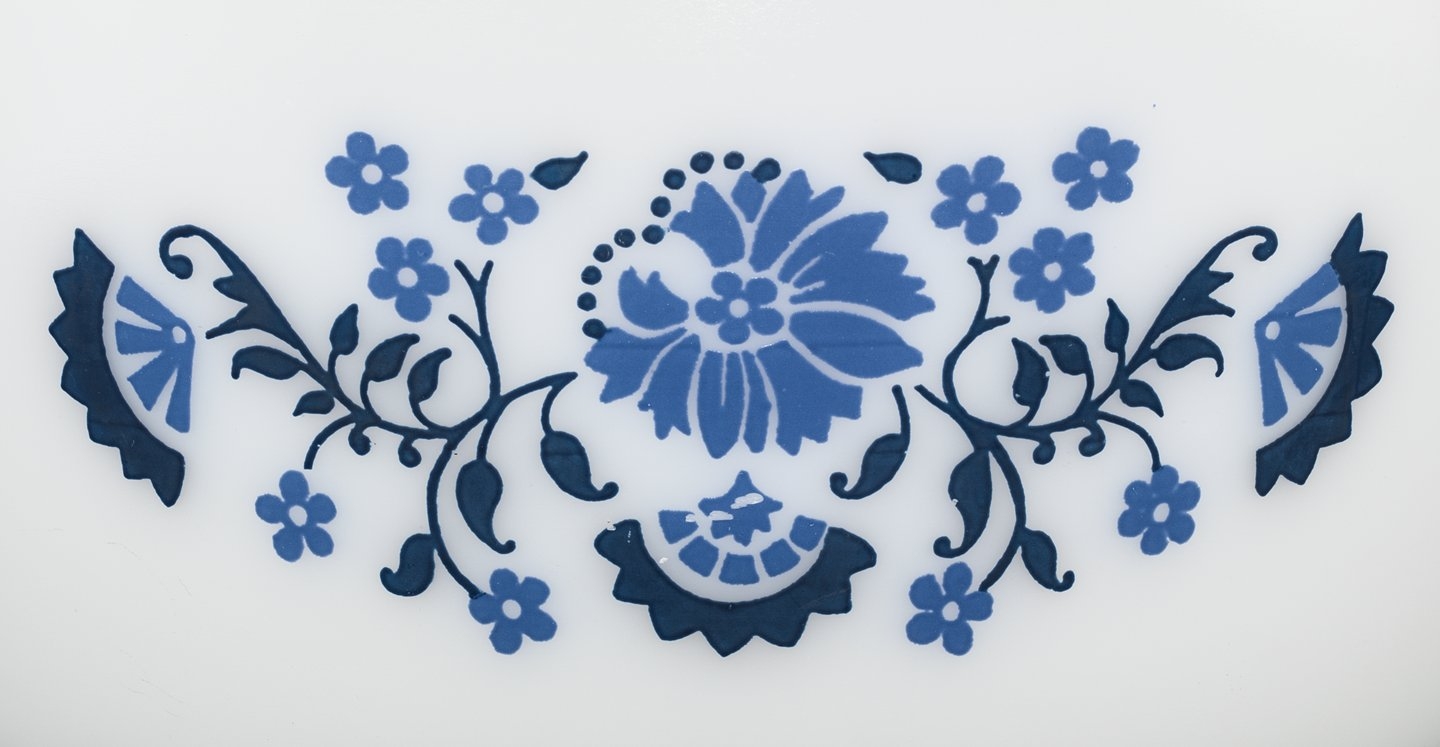 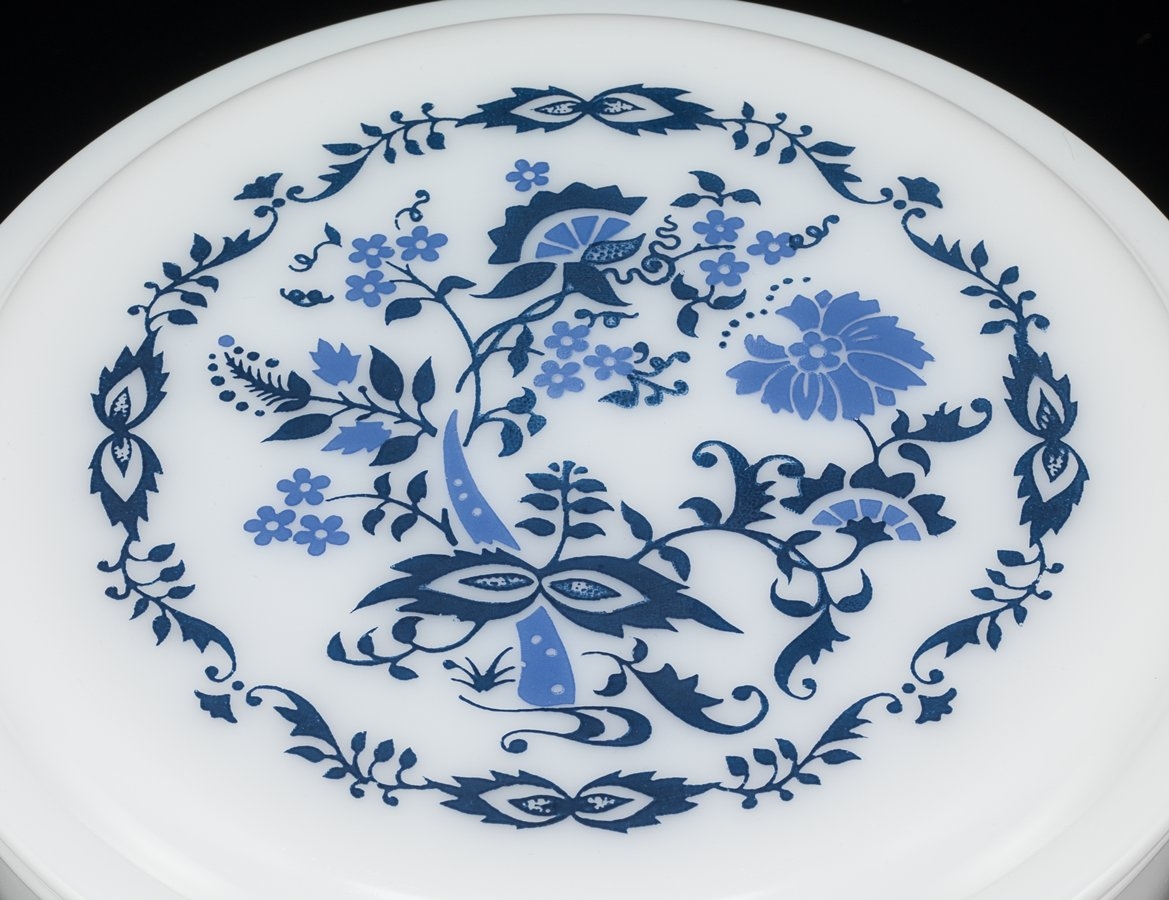 Willow is also unofficially known as “Blue Floral.”
The blue floral design on the Willow casserole is a stylized representation of a china pattern called “blue onion”.

Officially named Willow, this opalware one-quart Cinderella Casserole (473) was released in 1970 and had a dark blue and light blue design meant to reflect the “blue onion” motif that first appeared on Meissen china in the early 18th century.  The blue onion design, copied subsequently by many other china companies, is thought to be an imitation of a Ming dynasty pattern of flowers and fruit. The European version, however, came to more closely resemble the onion from which it derives its name. 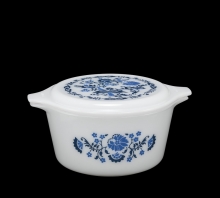